History of Bond With Your Dog Day

Certified dog trainer and mind coach Tina Elven created the first Bond With Your Dog Day on May 14, 2021, in hopes of dedicating a day to strengthening relationships between dog owners and their companions coupled with improving mental health. To appreciate the benefits of dog ownership, it would be interesting to look into the development of human-canine relationships. Have you ever wondered how the dog sitting next to you ever came to be domesticated? Dogs are thought to have evolved from wolves that ventured into human camps, in all probability while searching for food. As they were tamed, they might have companionship with humans as hunting mates or guards. D.N.A. results suggest all dogs derive from a single extinct wolf population or less likely, a few very closely related ones. The D.N.A. of later dogs does not correspond with any other domesticated species.

However, research suggests it is unclear when or where the first dogs were domesticated. Dog history has been so dynamic that it’s impossible to study their D.N.A. for this particular piece of information. Perhaps this is exactly why the story of humans befriending dogs is so fascinating! There is an analysis that reveals that dog domestication can be traced back to over 20,000 years ago.

This is a confirmation that dogs were domesticated before any other species. To some extent, dog genetic patterns mirror human ones because people took their dogs with them when they moved. Early European dogs were initially diverse, originating from Near Eastern dogs and Siberian dogs. Our canine companions were found widespread across the northern hemisphere at this time. Dogs were already known in five different types some 11,000 years ago. Despite the expansion of European dogs due to colonialism, you can still find these ancient indigenous breeds surviving today in the Americas, Asia, Africa, and Oceania. Needless to say, you and your dog go way back in time.

Bond With Your Dog Day timeline

Research suggests that dogs are domesticated around this time.

The First Veterinary Hospital is established by Emperor Ashoka in India.

One of the biggest pet food brands in the world begins its operations. 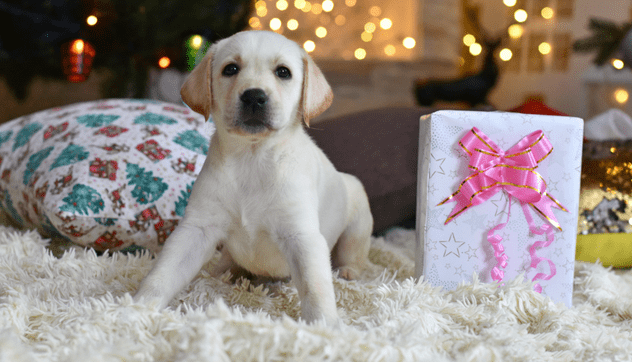 Discover the cutest gifts for your beloved dogs or the dog lovers in your life.

You work hard so your broke furry friends can live their best lives; here are some great beds.

The Best Dog Nail Grinders of 2023

Dog nail grinders are a better alternative to clippers, especially if your dog has large and thick nails.

Bond With Your Dog Day FAQs

Which is the most popular dog breed?

The Labrador Retriever is the world’s most popular dog. One of the many reasons for the Labrador’s popularity is due to the big variety of the breed.

Why do dogs lick you?

Studies have shown that licking releases endorphins in a dog’s brain. Endorphins are neurotransmitters that make dogs feel calmer and more relaxed. Dogs lick people for a variety of reasons, including affection, communication, and attention.

Dogs generally don’t like to be kissed. However, some dogs might have been trained to accept as well as enjoy being kissed.

Bond With Your Dog Day Activities

Why We Love Bond With Your Dog Day

Bond With Your Dog Day dates