A horse walks into a bar. The bartender says, “Why the long face?”

And there you have it: the classic joke. An innocent setup that leads to a punch line — which in turn, sparks big laughs and lifelong admiration from both friends and family. You hope. (Nobody said comedy was easy.) In our opinion, this day should be celebrated all year long. After all, who doesn’t enjoy a good giggle?  On August 16, celebrate National Tell A Joke Day by doing just that — telling a joke. Hint: You might want to try it out on some good friends first, before making your comedy debut in a roomful of strangers. Practice will help. Remember, timing is everything.

Ok — one more: A lobster walks into a bar. The bartender says, “We don’t serve ‘food’ here.” Get it? Thank you very much ladies and gentlemen. I’m here all week! Good night. Tip your waitresses. Drive safely!

Picture a life without laughter — it’s hard to imagine that there may have been a time when jokes weren’t invented. Jokes are believed to have been a part of history since 1900 B.C. Many suggest that the joke was created by the Greek hero Palamedes, who outsmarted Odysseus during the Trojan War. There is little evidence to support this claim, and the exact origin of jokes is unknown. The creation of National Tell A Joke Day is also lost in time so we guess the joke’s on us!

Tell A Joke Day is a great day to lighten up and laugh it up! Not only is laughter great for the soul, it is also beneficial for our health. When times get hard, and we need help turning that frown upside down, a good joke will save the day! Laughter is also contagious, and the world can always use more smiles and laughter.

The structure of a joke isn’t set in stone. Initially, jokes were more like funny stories or accounts, either written or verbal. The comical situation would usually end with a punchline. Slapstick comedy relies more on props and movement to deliver jokes that involve small stunts. They need to be short and not dragged out, otherwise, the joke will be lost halfway through. Standup comedians depend on their delivery to get a good laugh out of the audience. Books on jokes and gags used to be popular at one time, but these days the meme format is the most used in today’s internet culture.

Bob Dunn publishes the book “Knock Knock: Featuring Enoch Knox,” and is considered the inventor of the modern knock-knock joke.

The first episode of “The Simpsons” airs, fusing pop culture with jokes and leading to the popular Bart Simpson gags in the next few years.

The meme format becomes popular after rage comic memes are posted on the website 4chan.

The traditions for National Tell A Joke Day are to tell as many jokes as possible. From witty one-liners to shows, jokes dominate the entertainment scene for the day. Famous comedians and their popular acts are aired on television, and trending online, live performance shows are sold out. People also share their favorite jokes and memes on the internet.

The idea behind the day is to keep the mood light and enjoy a good laugh. Just remember, jokes need to be setting-appropriate, and the golden rule is to not be offensive or insensitive.

When is National Tell A Joke Day?

National Tell A Joke Day is celebrated on August 16.

Is there an International Joke Day?

Why did the chicken cross the road?

We think the chicken crossed the road because the grass is greener on the other side.

5 Facts That Are Unbelievably Funny

Why We Love National Tell A Joke Day 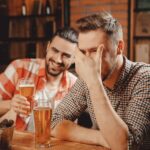