World Honey Bee Day is celebrated every third Saturday in August. It is a holiday that reminds us of the beauty and value of bees. Do you know there are 20,000 different species of bees all around the world? This holiday is the time to celebrate the importance of bees in our world. It also helps create an awareness of the dangers that honey bees face, with suggested ways of solving the problem.

The first World Honey Bee Day was held in 2009, and it has since grown in popularity. The holiday is intended to promote beekeeping, but it also exposes a lot about honey bees.
Honey’s sweetness is often celebrated during the holiday season. It is used in some of the most delectable dishes found all around the world. Honey has a worldwide appeal and is frequently used as a metaphor for fruitfulness in literature.

Since the earliest civilizations, honey has been used as a sweetener for all sorts of food. Though the method of collecting honey was sometimes painful, the people still happily took the risk.
The importance of honey was not limited to edibility alone. It has been used as a preservative and for treating certain ailments. The benefits of honey quickly sparked the desire for beekeeping since the Egyptian civilization.

The method and upkeep improved as time went on. After a comb harvest, a man named Lorenzo Langstroth discovered a way to keep the hive going.

Bees were also discovered to have a significant role in pollination. Because pollination is so crucial to us, this has drawn a lot of attention to the role of bees. World Honey Bee Day is a holiday dedicated to raising awareness about the bee’s numerous advantages. It’s a day to celebrate beekeeping and encourages you to learn more about it. However, it is also a day that reminds us of the worldwide extinction of bee species. It’s a holiday that encourages us to think about our impact on the environment.

The Birth of Beekeeping

The first organized form of beekeeping is developed in Egypt.

The Earliest Description of Honey Cheesecake

Euripides describes the process of cheese being dipped into honey.

Cave paintings, which depict the collection of honey from a hive, are discovered in Spain.

Can you become a beekeeper?

It is possible to learn the craft of beekeeping and even have your own hives.

How many honey bees are in a colony?

Honey bees only sting when their colony is threatened. 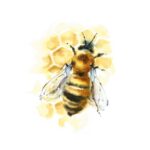 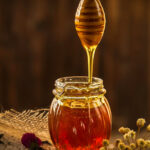 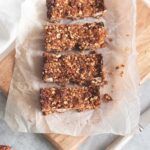