On National Clams on the Half Shell Day, on March 31, seafood lovers won’t clam up about their love for clams because, today, they get to devour these meaty saltwater animals that they have probably been clamoring for for months.

As a cousin to oysters, the bivalve mollusks with their fishery goodness are best enjoyed fried, steamed, or grilled. Let’s come together to build up our appetite for clams on the half shell and eat them raw with cocktail sauce and mignonette!

History of National Clams on the Half Shell Day

Clams are formally known as bivalve mollusks; tiny, plump, and meaty sea animals that first appeared around 510 million years ago. They live in freshwater or marine habitats and are fished as one of the favorite shellfish alongside oysters and scallops.

The shellfish is cooped up in two shells, connected by a hinge joint and an internal or external ligament. There are more than 150 edible species of clams in the world and the total number of living species is somewhere around 12,000. We find most of our favorite species in the Atlantic Ocean or the Gulf Coast, including the hard-shelled quahog and mid-sized cherrystone clams, as well as the soft-shell clams that are usually steamed and the surf clams.
Some of the species in the Pacific Ocean include the littleneck, Manila, and butter clams.

Giant clam species in the South Pacific Ocean weigh 440 pounds, are inedible, and can live up to 100 years. Unfortunately, they still remain endangered. Clams have played an important role in the diet of coastal people. They live buried deep in the seabed for half of their lives and are dug out at low tide to be cooked.

While the true history of the creation of National Clams on the Half Shell Day is unknown, the famous clams casino dish with its blend of crispy breadcrumbs and topping of bacon and bell peppers dates back to 1917. It was found in the Little Casino at Narragansett, Rhode Island where the maître d’hôtel served the special dish to her guests and named it after the hotel. When diners tucked into the plump, smoked meat and bit into the stuffed topping, they were blown away. The dish was an instant success and spread across the menus of numerous restaurants in the United States.

National Clams on the Half Shell Day timeline

Ming the Clam was Born

The oldest clam to be found in the history of marine biology (and in general), Ming, is born.

Ming the Clam is found, dug out from the seabed of Iceland, by British scientists as part of a project researching the effects of climate change.

Soon after discovering the bivalve mollusk, scientists try to pry it open — reportedly killing it in the process.

A reassessment is carried out using the carbon-14 dating method, discovering that Ming’s previously assumed age of 406 years old was incorrect and that the clam was actually 507 years old.

National Clams on the Half Shell Day FAQs

Are clams safe to eat?

As long as the shell is not cracked or half-opened, it remains safe to eat. Otherwise, toss it away because clams must be eaten alive or killed only when cooked. A cracked clamshell indicates that the clam inside is dead.

Shock and temperature. So, make sure you serve them with ice when raw and be careful when shucking them.

How to know if a clam is dead or alive?

To know whether a clam is alive or has perished, gently tap the shell and force it open with your thumb on a counter. If it ‘clams up’ on instinct, it’s good and alive. If it doesn’t, it is most likely dead.

How To Celebrate National Clams on the Half Shell Day

5 Facts About Clams That Will Blow Your Mind

Why We Love National Clams on the Half Shell Day

National Clams on the Half Shell Day dates

National Clams on the Half Shell Day related holidays 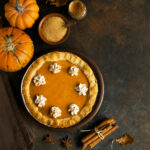