National Farm Workers Day is celebrated annually on March 31 to pay tribute to the unsung heroes on a farm who are the hired workforce doing the tougher part of the job such as plowing fields, operator tractors, spreading fertilizers, and trimming hedges. The labor force on a farm plays a pivotal role in bringing crops to fruition. Employed on low wages, they work day and night, crouching on fields under the glaring sun in all kinds of climates. Without their relentless hard work and commitment, farmers wouldn’t be able to grow, maintain, and harvest crops on such a large scale. So, on this day, we thank and glorify all farmworkers for making it possible to bring fresh produce to our tables in the face of increasing risks and challenges.

Farm laborers had a horrible time on fields in the colonial era. Men and women were indentured servants captured by force or trickery with few rights and no promise of eventual freedom. By the 1600s, plantation owners, requiring more farmworkers, started enslaving African immigrants with crueler methods and no hope for liberty. As a result, when the American Revolution came, around 20% of the population in the 13 colonies were African American farm slaves.

The expansion of the nation curbed the culture of farm slavery and the international slave trade but it took another 55 years, the Civil War, and a World War to put an end to this involuntary servitude.

After the Civil War, California became the agricultural center to which farmworkers were imported from Asia. During the 1930s and World War II, the immigrant farmworkers shifted to Mexico. During the 1960s, the Mexican-American community organizer, farmworker, and civil rights activist Cesar Chavez cofounded the National Farm Workers Association, now called the United Farm Workers. The organization fights for the rights of migrant farmworkers and succeeded in its first mission with the historical 5-year Delano grape strike, eventually leading to long-overdue higher wages for grape pickers on grape farms in California.

National Farm Workers Day might be a single day paying homage to the unrelenting efforts of farmworkers but should be an annual reminder of the bitter fact that farm labor continues to be taken for granted.

Ban on the International Slave Trade

Congress places a ban on the international slave trade.

Migrant Farmers Arrive in the U.S.

As the Mexican-American War comes to an end, tens of thousands of farmworkers arrive in the United States.

In the Reconstruction era, the U.S. government implements exclusive laws to prohibit slavery and involuntary servitude

What is the role of farmworkers?

Farmworkers have indispensable roles in providing food for the nation. The agriculture industry would be crippled without farmworkers doing the planting, cultivating, harvesting, and packaging of the crops.

How many hours do farmworkers work?

They work more than 40 hours a week and are not paid for their overtime duties.

How much do farmworkers make?

They make around $14 per hour on average, which shows a substantial wage gap compared to other workers.

5 Facts About Farm Workers That Will Blow Your Mind 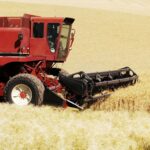 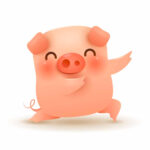