Robert Bunsen was born in Germany in 1811. His father was the chief librarian and professor of modern philology at the University of Göttingen where Bunsen later embarked on his undergraduate degree at the age of 17. He showed his aptitude for innovation early on and, within just two years, he had completed his Ph.D. and was offered a job there.

Bunsen enjoyed a significant breakthrough at the young age of 22 when he discovered the antidote to arsenic poisoning. But the invention he is best known for today, the Bunsen burner, became his pursuit in 1852 when he took a job at the University of Heidelberg, where he was promised a new laboratory for his work and teaching.

The building’s designers intended to use gas throughout for lighting as well as the laboratory burners. But gas burners were problematic due to the heat of the flame, as well as their simplicity. So whilst the builders got to work on Bunsen’s new lab, Bunsen himself also got to work designing a way to make gas burners more effective for laboratory use. He developed a gas-burning apparatus that would give different types of flame depending on the airflow, using Isaac Newton’s principle of light refraction to give four flames of different colors and intensities.

When the building opened in 1855, Bunsen had created 50 of his burners and, in 1857, he published a description of them so that his colleagues could adopt the design. Despite its success, he never patented the idea, as he believed that science should be for the benefit of all and not the profit of one. His design grew in popularity and is still used around the world today in schools and professional laboratories, hence the reason we celebrate National Bunsen Burner Day.

Isaac Newton conducts experiments of bending white light through a prism to split its colors.

Robert Bunsen is born in Germany — the youngest of four sons to the University of Göttingen's chief librarian and professor of modern philology.

Robert Bunsen is promised a new laboratory by his employers at the University of Heidelberg and desires to make improvements to the existing facilities.

The Invention of the Bunsen Burner

Robert Bunsen develops the new apparatus and makes prototypes with the help of the University of Heidelberg’s mechanic, Peter Desaga.

Can I use a Bunsen burner at home?

It’s safest to leave Bunsen burners in the controlled environment of a laboratory, but there are plenty of scientific experiments you can do at home without the need for one.

When was the Bunsen burner invented?

Bunsen began developing his idea in 1854 and by 1855 he had created 50 models for use by his students.

On which other days do we celebrate science?

National STEM/STEAM Day on November 8 is the perfect time to get your scientific brain whirring.

5 Facts About Robert Bunsen That Are Lit 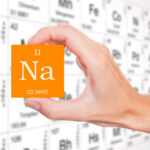