Humbug Day, also known as National Humbug Day, comes up every December 21. It is a holiday that allows you to cast off your frustrations before Christmas. Because the pressures of the festive season can get to us all, it is important that we all get a day to vent out all our frustrations. Created by Thomas and Ruth Roy, Humbug Day affords everyone 12 free humbugs. Things can get chaotic during the holidays, that’s why this day was created to help people cope with the stress and challenges.

Humbug is a word used to underplay the relevance of a person or an event. At first, it was just student slang used as a joke. But it became a catchphrase after Charles Dickens used it in his book titled “A Christmas Carol.” The character of Ebenezer Scrooge is a miser and miserabilist who doesn’t celebrate the Christmas holiday but mocked those who did. Scrooge’s character eventually became very popular, attaining pop culture status. The character has since been in several media, often bordering around the Christmas festivities. Several books and movies have portrayed the character since its first use in Charles Dickens’ book.

The character is most notable for blurting out these words during the festivities: “Bah, Humbug!” He does this to express his frustration and lack of enthusiasm during the holidays. But, Ebenezer Scrooge’s character later developed into a more likable character, finally embracing and enjoying Christmas like every other person.

Likewise, we also may start to feel unsatisfied and frustrated as the pressure of festivities comes upon us. That’s why it is important to blow off some steam before Christmas. Created by Thomas and Ruth Roy, National Humbug Day is the day that we unwind and let go of our worries so we can enjoy Christmas also.

According to the creators, we are allowed 12 humbugs on December 21, which is the date of the holiday. It is a day with so many fun possibilities. You can also binge-watch movies dedicated to Scrooge.

The Initial Use of ‘Humbug’ as a Word

Humbug is known as student slang.

In his novella “A Christmas Carol,” Charles Dickens writes about Scrooge, who uses humbug.

Humbug Appears in Another Popular Novel

In “The Wonderful Wizard of Oz,” the scarecrow refers to the wizard as a humbug.

A Christmas Carol is Adapted

A movie of the same name, also called “Scrooge,” is released.

Is Humbug Day a fun holiday?

Despite the theme of grumpiness that it bears, Humbug Day can be fun and interesting.

What is the meaning of 12 free humbugs?

It is said that we’re allowed 12 free humbugs on this holiday. This simply means that we’re free to be grumpy, even if only on Humbug Day.

It was created by Thomas and Ruth Roy.

How To Observe Humbug Day

Why We Love Humbug Day 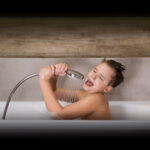 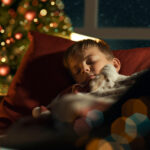