Although a fictional holiday, Phileas Fogg Win a Wager Day is officially on December 21. To be precise, the day commemorates a date in fictional history, but in a piece of fiction that is loved all around the world. If you haven’t guessed it yet, let us tell you. We’re talking about the classic novel titled “Around the World in Eighty Days” by Jules Verne, a French novelist whom most literature aficionados are familiar with. Also known as Phileas Fogg Wager Day, December 21 is the day by which the novel’s main character, Phileas Fogg, must accomplish his challenge to win a wager of £20,000.

Set and published in 1872, Jules Verne’s adventure novel is certainly a classic, and with good reason. Since it was written during the Franco-Prussian War in 1870 and 1871, it was a difficult time for Verne and his country. It was already a financially dire period for him, and he was called upon as coastguard during the war. Two events had greatly affected him during this time — one was his father’s death, and the other was a public execution that greatly disturbed him.

Before we knew it, the novel was serially published starting on December 21, 1872, while it was published in book form on January 30, 1973. It is no wonder that December 21 was chosen as the significant wager day in the book. Or was it? Because of this coincidence of dates, people believed the journey was actually taking place in real time!

In the novel, when Phileas Fogg argues about the possibility of traveling around the globe in 80 days, he is challenged by his fellow club members to prove it. The argument stems from an article in “The Daily Telegraph” which mentions the opening of a new railway section in India, with which it would then be theoretically possible to travel around the world in just 80 days. Later that evening, on October 2, 1872, without wasting any time, Fogg departs London with his valet. To win the wager — and £20,000 — he must arrive back at the club on December 21, 1872, at the same time. Spoiler alert — he wins, and 140 years later, we still celebrate his victory.

A decision is made on October 2, the day Phileas Fogg sets off on his iconic journey.

Phileas Fogg succeeds in proving the titular challenge of the book, winning his wager on December 21!

Nellie Bly is the first to take up the famous challenge and manages to complete the journey in 72 days.

The first film adaptation of the book is released in 1919, with Conrad Veidt playing the role of Fogg.

How much did Phileas Fogg wager that he could travel around the world in 80 days?

It was a grand wager of £20,000, which was about half his fortune. The amount translates to roughly £1.8 million in the present day. To win the wager, he had to return to the Reform Club by the same time, 80 days later.

Who is Phileas Fogg and why is he famous?

He is the star character of Jules Verne’s “Around the World in 80 Days,” a fictional novel published in 1872. He became famous for his courageous nature, adventurous spirit, curious mindset, and carefree attitude. He was also a precise and punctual man.

Which countries did Phileas Fogg visit?

He starts and ends in London, U.K. On his journey, he visits Egypt, Italy, India, China, Singapore, Japan, and the U.S.A, in that order. The majority of the places he visited were British colonies at the time.

5 Facts About “Around The World In Eighty Days” 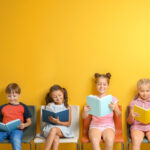