No need to stifle those yawns this Festival of Sleep Day on January 3! Created to help you catch up on your Zs after a busy festive season, this day of rest and relaxation means you can snuggle up and doze off. So cancel those plans and plump your best pillow, because we’ve got the dreamiest ideas for getting a bit of shut-eye, along with some fun facts to make sleep your new favorite hobby.

History of Festival of Sleep Day

We’ve been enjoying forty winks ever since the human race came into existence, but we haven’t always understood it. Early speculation by the Ancient Greeks about the reason for sleep was that it is due to lack of circulation, causing the body to become unconscious for a period of time while it rebalanced. Theorists were divided at first on whether this was due to the brain or the heart, which were known to be the two most important organs.

Back then, sleep was separated into a first and second sleep of the day, instead of the single long stretch we enjoy today. In the interlude between sleep, people would socialize and relax. This routine stayed the same for centuries but was disrupted by the Industrial Revolution and the invention of artificial light, which allowed for a longer working day and therefore pushed together the periods of sleep. The socializing section of the day was moved to before bed instead.

The desire for success in the newly industrialized world would eat into the sleeping time of many workers and businesspeople, as it continues to do today. A new regulation was introduced by Ford in 1926, when it became the first American company to provide employees with a fixed schedule of an eight-hour working day and a 40-hour working week, allowing those on the payroll to get to bed on time.

Festival of Sleep Day is a modern-day celebration, supposedly invented to help us recharge our batteries from all the lost sleep around the festive season at the end of the year. It reminds us to practice self-care for the coming year and take advantage of the numerous benefits of a good night’s sleep.

The earliest account of a bed is from Homer’s “Odyssey”, which describes Odysseus’ bed as a charpoy of woven rope.

Greek physician, Alcmaeon, suggests that sleep is brought on by a lack of circulation to the brain.

During this period, many cushions and pillows are used to raise the body into a sitting position in bed while sleeping. As a result, the beds were much shorter than today.

The tale of “Sleeping Beauty” is published for the first time by Giambattista Basile in his collection of tales titled “The Pentamerone”, although the story is thought to have been first told 300 years earlier.

The Best Mattresses for Side Sleepers in 2023

Get your eight hours of sleep without breaking your back or your bank with some of the best mattress on the market!

The Best Mattress for Stomach Sleepers for 2023

The Best Sleep Headphones for 2023

I can’t get to sleep. What should I do?

If counting sheep isn’t helping you nod off, focus on breathing deeply and releasing the tension in your body to ease yourself into a state of relaxation.

How do I stop sleepwalking?

Most sleepwalking occurs due to an erratic sleep schedule or noisy environment, so a regular bedtime and earplugs can help! If you continue to sleepwalk, see a doctor.

Can I sleep for the whole day?

Sleep as long as you like on Festival of Sleep Day! Clear your diary and catch some extra Zs.

5 Facts About Dreams To Stir Your Imagination

Why We Love Festival of Sleep Day 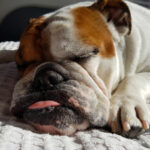