The U.S. observes National Write to Congress Day on January 3 every year, a day for the citizens to exercise their democratic rights. It is crucial to write to the State and Federal level representatives, relaying all concerns to them. Small business owners can also write to their elected representatives about any recent bills that might affect them. Very few people do or even know the number of representatives in their state, which makes this day that much more meaningful. It is our duty as the citizens who elected them to hold our representatives accountable.

The Congress is the United States of America legislature, first established under the Constitution in New York in 1789 before moving to Philadelphia. It is bicameral, meaning it has two houses — the Senate present in each state and the House of Representatives elected based on population. The First U.S. Congress laid the foundation, forming government departments, passing the Bill of Rights, and announcing the President. In 1800, the national capital was moved to Washington D.C.

The war against Great Britain in 1812 brought significant loss and damage to the country. In 1814, British forces invaded Washington D.C. and set public Congress buildings, including the Capitol, on fire. By 1912, America had become a union of 48 states and was the most influential country in the world. The members of Congress moved into their first permanent office buildings, their congressional service becoming a full-time occupation compared to the very seldom meetings that were held in the 19th century.

Article 1, Section 2 of the Constitution states that the House Members have two years in office. A House ends after each two-year Congress, and the new Representatives must constitute a new House for the next Congress, choose its Speaker and officers, and adopt the chamber’s rules of procedure. The Constitution also provides a set time for the new Congress to convene, which is noon on January 3, except when the previous Congress designated a different day by law. National Write to Congress Day is set on this day to coincide with the constitutional opening day of each new Congress.

On December 30, 2005, Congressman Higgins recognized National Write to Congress Day, deciding that the day would be annually observed on January 3, 2006, to encourage the general public to contact their representatives through email, letter, or phone calls. The U.S. Congress receives an estimated 86.9 million mails every year.

The U.S. Congress is Established

The Congress is established in New York under the supreme law of the United States.

The U.S. Capitol is moved from Philaphelia to Washington D.C.

The Congressional Record, the official daily record of the U.S. Congress debates and proceedings in session, is published for the first time.

Congressman Higgins recognizes Write to Congress Day as a national day of observance.

What do I write to Congress?

Write about issues your community is facing, and explain why it is important to you, how it affects you, your family members, and/or your community. Read up about local and national issues and send your opinions to Congress, telling your representative how you want them to vote on it, and ask for feedback. Don’t forget to include your name and address.

Is the National Write Your Congressman organization non-partisan?

Yes, the National Write Your Congressman (NWYC) is non-partisan. It does not side with any specific party and is a neutral platform for writing to your representative.

Do you address a congress member as honorable?

How to Observe National Write to Congress Day

5 Facts About The U.S. Congress

Why National Write to Congress Day is Important 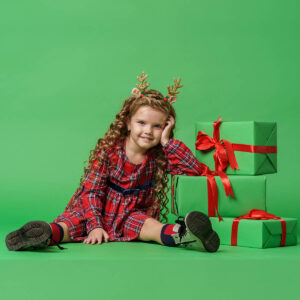