Perihelion Day is on January 4 this year. It occurs about two weeks after every December Solstice, and on this day, Earth’s center is approximately 91,402,500 miles from the sun’s center. Numerical integration is required to make precise predictions of perihelion passage. It is quite interesting to see what goes on in the universe and the planet on which we live. Perihelion is one of those many interesting occurrences. On this day, we can keep a lookout for the big ball of fire being at its largest.

Perihelion is an astronomical occurrence that happens around two weeks from the December Solstice. Even though it is winter in the Northern Hemisphere during this period, Earth reaches the closest point of over 91 million miles to the sun on this day. Perihelion does not directly affect Earth’s temperature; it does not make us feel any warmer, nor does it provide respite from the chilling temperature. However, it does indirectly affect seasons because Earth’s orbital speed is at its maximum at perihelion. On this day, the sun appears the largest in the sky for the entire year, gradually growing smaller through the remainder of the year.

In 1246, Perihelion Day was on the December Solstice. Every 58 years since then, the date has changed by a day. Perihelion Day varies each year due to precession and orbital factors that follow specific cyclical patterns known as the Milankovitch cycles. Another cause is the moon’s presence, which can make the date vary by up to two days from one year to another. While the Earth-Moon barycenter moves on a stable orbit around the sun, Earth’s center, which is around 2,900 mi from the barycenter, can shift in any direction from it, thus affecting the actual time of the perihelion.

The Term is Coined

It is observed that Mercury's perihelion shift is different by about 43 arcseconds per century from what the classical gravitational theory predicted.

Earth is observed in transit from Mars across the solar disk.

Sumich, J.L., reports that during Earth’s perihelion, the tidal ranges are enhanced.

Is perihelion the same as perigee?

What part of Earth is closest to the sun?

The summit of the Chimborazo volcano in Ecuador is considered the closest to the sun. The volcano is furthest from the center of Earth, which makes it the nearest point to the sun.

Which is the closest star to Earth?

The Alpha Centauri triple-star system is the closest to our planet, and it is roughly 4.37 light-years away.

How to Observe Perihelion Day

Why Perihelion Day is Important 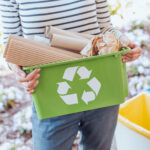 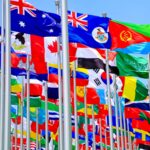