We observe Humiliation Day on January 3 every year. Unlike its literal meaning, it is not a day to humiliate one another or spread hatred, but to relinquish our pride and become humble before a higher power or other people. In this context, the idea of humiliation has its origins in Protestant Christianity, where it means to leave one’s pride behind and come as equal human beings before God. It is important to humble ourselves to stop judging others based on their differences. Humiliation Day should be observed by all, regardless of religion.

On July 20, 1775, Congress issued a proclamation recommending the observance of a day of fasting, public humiliation, and prayer for the English Colonies under the blessing of King George the Third. The declaration was distributed to all the towns in the colonies. The goal was to pray for the civil and religious rights and privileges of the colonies. It became a big success with broad participation, and ever since then, Congress has issued a day of humiliation and prayer every year.

General George Washington, Commander-in-Chief of the Continental Army, also called for a day of fasting, humiliation, and prayer for his soldiers on May 6, 1779. The soldiers ceased all activities and labor for one day. Some Presidents didn’t make the proclamation during their term. Still, on March 23, 1798, U.S. President John Adams revived the tradition. He recommended the observance of a day of solemn humiliation, fasting, and prayer where the citizens would halt their worldly preoccupations and show their humble selves to a higher power.

In the year 1863, U.S. President Abraham Lincoln wrote to the Senate stating that the country had to observe a day of humiliation, fasting, and prayer to please God. It was a plea to help the country and its citizens find inner peace and become more spiritual and devoted to God. Humiliation Day has become more secular recently, and acts of kindness and humility are done more for charitable causes than to appease God.

The Continental Congress recommends the observance of a day of humiliation, fasting, and prayer for the first time.

The Commander-in-Chief makes his soldiers halt unnecessary labor and recreational activities to pray and fast for a day.

U.S. President John Adams revives the tradition of observing a day of humiliation, fasting, and prayer.

U.S. President Abraham Lincoln proclaims a day for humiliation for the country to heal and find inner peace.

What is the century of humiliation?

It is also known as the hundred years of national humiliation. The term is used to describe a period in China when foreign powers invaded.

When was the National Humiliation Day observed in India?

The National Humiliation Day was observed on April 6, 1919, in India. The day saw a united protest by the natives of the country against the British Empire.

Is Humiliation Day a national holiday?

No, Humiliation Day is not a national holiday. Schools and Government offices remain open on this day.

How To Observe Humiliation Day

Why We Observe Humiliation Day 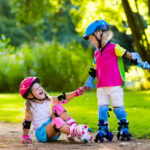 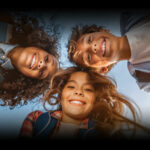 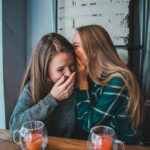