Easter Monday, falling on April 18 this year, is the Christian (public) holiday after Easter Sunday, which is the day when Jesus Christ emerged from the tomb after his crucifixion. Also known as Bright Monday, Renewal Monday, Wet Monday, and the Dyngus Day, there are different and interesting traditions surrounding the Monday that comes immediately after Easter Day. Although the Bible does not instruct the observance of this holiday, many Christian groups — primarily Roman Catholics and Eastern Orthodox, celebrate this day as a legal holiday and part of their cultural tradition.

The first-known use of the term ‘Easter Monday’ began in the 15th century. The Monday after Easter that is observed on Sundays is a day of strong religious significance for Christians. While different cultures observe the day with different traditions, all the followers of Christ come together to celebrate the Messiah’s return to Earth in their own way. The Catholic Church likes to call it the “Monday of the Angel.”

Following the Crucifixion and Resurrection from the dead, Jesus remained on Earth for 40 days, during which he appeared before the believers, healed the sick, and spread the message of God. Jesus’s acts also contributed to the first establishment of the church. It is believed Jesus ascended to the heavens after the 40 days following his Resurrection.

The Easter Monday observance is not explicitly religious. Some Christian groups observe this day by having outdoor processions and parades. Some host and take part in Easter-egg-rolling competitions. For others, it is Wet Monday in which spouses and siblings wake each other up by pouring buckets of water on each other. Easter Monday is celebrated with fun traditions for one more day before the festival finally ends.

The tradition to decorate eggs for Easter begins.

The Easter Parade tradition is inaugurated in New York City.

The jelly bean, an egg-shaped candy, becomes associated with Easter in the U.S.

No. Easter Monday is not a public holiday worldwide. However, countries including Australia, Egypt, Ireland, Central Europe, Canada, and the U.K. observe this day as a public holiday.

Why is Easter Monday observed on different days each year?

It is the Monday immediately after Easter Sunday. Therefore, on whichever day Easter Sunday falls in the year, it is observed on the next Monday.

Is Easter Monday a holiday in the Bible?

There is no mention of Easter Monday in the Bible so it is not obligatory for Christians to celebrate this day specifically. Different cultures observe the day for different reasons around the globe.

How To Celebrate Easter Monday

5 Facts About Easter Traditions That Will Blow Your Mind

Why Easter Monday is Important 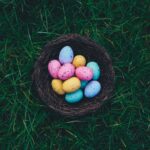 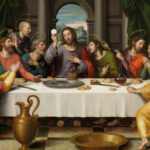