We celebrate As Young As You Feel Day on March 22 every year. When they said “Age is just a number,” it wasn’t a lie after all. It doesn’t matter how old you are. Feeling young is a state of mind. No matter your age, no one can stop you from feeling young and alive. You can be a senior citizen, someone who has recently turned 40, or even a kid. Every single person gets to celebrate this day and their youthfulness. It is all about believing that you are as young as you feel. Your actual age does not matter.

History of As Young As You Feel Day

Since time immemorial, there have been efforts recorded of people trying to beat aging and feel young again. Before anti-aging creams, pills, and surgeries, many other forms of remedies were invented to stop the age clock. Many scientists also believe that age has nothing to do with how young we look or feel. People age differently and their bodies go through various changes that are unique to them. Even before As Young As You Feel Day came into being, people have been trying to rewind time and feel youthful again.

Around 69 B.C., Cleopatra used to take daily baths in donkey milk to make sure her skin remained soft and young. This skincare routine required a stable consisting of at least 700 donkeys.

In 1513, the Spanish explorer Juan Ponce de Leon went on a voyage in search of the fountain of youth. This was a legendary fountain that apparently could bring an individual back from old age. The fountain promised eternal life and everlasting youth. The explorer was unsuccessful in his attempt to locate the fountain because instead of finding the fountain of youth, he discovered Florida instead.

The women in the Elizabethan era also did not grow old without a fight — they placed thin slices of raw meat on their faces to reduce wrinkles. It was believed that the meat would help tighten the skin and thus keep it from sagging.

On noticing frown lines on her daughter Alice’s face, Margaret Kroesen developed Frownies in 1889. These were adhesive patches that held the skin taut to smooth wrinkles.

As Young As You Feel Day timeline

Cleopatra takes daily baths in donkey milk to make sure her skin remains soft and young.

Searching for the Fountain of Youth

Spanish Juan Ponce de Leon goes on a search for youth but discovers Florida instead.

The Anti-Aging Benefits of Raw Meat

After seeing her daughter’s frown lines, Kroesen makes patches to smooth out wrinkles.

As Young As You Feel Day FAQs

Is As Young As You Feel Day a public holiday?

As Young As You Feel Day is not a public holiday. Banks, schools, and government offices function on this day.

When is International Youth Day?

International Youth Day is celebrated annually on August 12.  It brings different issues faced by the youth to global attention.

International Youth Day was first celebrated by the United Nations in 1999. The day was established after a recommendation made by the World Conference of Ministers Responsible for Youth in Lisbon to the U.N. General Assembly.

How To Celebrate As Young As You Feel Day

Why We Love As Young As You Feel Day

As Young As You Feel Day dates

As Young As You Feel Day related holidays 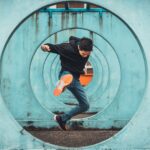