On Emancipation Day in Puerto Rico, which takes place on March 22, Puerto Ricans celebrate the day their national assembly abolished slavery in the country, even as the island was still a Spanish colony. Puerto Rico made the decision over a decade after the U.S. did, but you can’t tell while looking at the country’s celebrations. Puerto Ricans embrace the ‘Día de la Abolición de Esclavitud’ with gusto — singing, dancing, and huge feasts!

Like most colonized nations, Puerto Rico was once involved in the slave trade. Its history of slavery stretches back decades to when Spaniards colonized the country. When the Europeans first landed on the island, they didn’t know the diseases they brought with them would decimate the native population, leaving the colonizers with a severe labor shortage. That plus years of mistreatment by Spain meant the number of Indigenous peoples dwindled. And because Puerto Rico was such an essential part of the Spanish empire — its gold mines were particularly profitable — they had to find an alternative.

This is how enslaved African people came to Puerto Rico in the 16th century. The gold had been extracted, and the mines rendered useless, so sugar was the new treasure. Sugar plantations sprung up all over the island, and enslaved people went to work cultivating it. Eventually, however, the world woke up to the reality that slavery was inhumane and unlawful and began to revolt against the practice. More colonies rebelled and gained their freedom. The global antislavery movement and growing liberalism among the Puerto Ricans, along with the multiple slave revolts and uprisings that sporadically occurred in the nation, led to the abolishment of slavery in 1873. This was a conditional ruling, as enslaved people had to buy back their freedom while working for their former employers for an additional three years. This law was far from perfect and by no means fair, but it signaled a new era for the island’s enslaved.

Today, Puerto Rico’s population is a racial melting pot of the many cultures that have settled there. The years of cultural and racial immigration have left a mark, creating a community that joyously celebrates the end of slavery.

Around 10 years after the slave trade was introduced to Puerto Rico, dozens of enslaved people fight against their colonists in a brief revolt that sees the few survivors running off to live alongside the Indigenous people.

Enslaved Marcos Xiorro plans a slave revolt that fails after a whistleblower informs his owner.

How is Emancipation Day celebrated in Puerto Rico?

Emancipation Day celebrations in Puerto Rico include dancing, often to Plena and Bomba music, singing, and dining on traditional cuisine.

Is Juneteenth celebrated in Puerto Rico?

While more and more people are gaining awareness of Juneteenth and its significance, it is not a national holiday in Puerto Rico.

How long did slavery last in Puerto Rico?

Slavery existed for around 350 years after it was first introduced to the island in the 16th century. 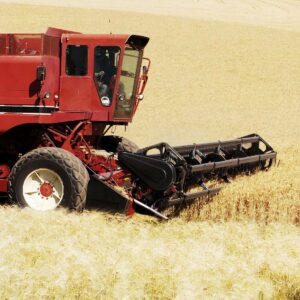