Plant Power Day is celebrated every March 7 to raise awareness about the benefits of sustainable eating and encourage everyone to embrace plant-based diets. Did you know Plant Power Day was launched by Alpro and BOSH!? Plant-based diets have different meanings depending on the individual. A plant-based diet may be entirely vegan — no animal-derived products — consisting mainly of plant foods, or is made up of whole plant foods that are minimally processed. While a plant-based diet has been an option for many people for ages, it’s not until recently that it gained mainstream attention with people embracing it as a lifestyle.

The history of plant-based diets is interwoven with veganism, which is itself derived from vegetarianism. The earliest evidence of vegetarianism appeared in 3300 to 1300 B.C. in the northern and western ancient Indus Valley Civilization. It was a lifestyle mainly practiced by Indian emperors and philosophers, including Chandragupta Maurya, Ashoka, Mahavira, and Acharya Kundakunda. Vegetarianism was also practiced in ancient Greece and Rome by prominent individuals such as Seneca the Younger, Ovid, Plutarch, and Empedocles.

They argued this choice of lifestyle was due to health, the transmigration of souls, and animal welfare and justice. The Arab poet, all-Ma’arri, was one of the earliest known vegans. In the 19th century, vegetarianism became a widely accepted movement in Britain and the United States. Professionals that were self-identified vegetarians raised awareness of the benefits of the vegetarian lifestyle through their works.

That includes the poet Percy Bysshe Shelley in his 1813 book, “A Vindication of Natural Diet,” the physician William Lambe, and Sylvester Graham — he developed the meatless ‘Graham diet’ that was hugely popular in the 1830s in the United States. Several vegetarian communities and societies were established around this time. The United Kingdom Vegetarian Society, established in the 1840s, was one of those societies.

Several members requested for a section of the Vegetarian Society’s newsletter to be dedicated to non-dairy vegetarianism in 1994. When the Vegetarian Society refused the request, the secretary of the Leicester branch, Donald Watson, started a newsletter called “The Vegan News” in November of that year. That led to the establishment of the Vegan Society and the vegan movement — ‘veganism’. The movement received a large following from individuals who eat mainly plant produce and desist animal exploitations.

In 1980, T. Colin Campbell coined the term ‘plant-based diet’. The term refers to a diet that is low fat, high fiber, and consists primarily of vegetables, focusing on health and not ethics. The term has since been used in various works to mean ‘veganism’, ‘vegetarianism’, and ‘semi-vegetarianism’. In 2018, the European company Alpro, and vegan recipe website, BOSH!, established Plant Power Day to encourage people to eat a more vegetable-based diet and plant-based foods.

The earliest evidence of vegetarianism is in the Indus Valley Civilization, which philosophers and emperors practice.

The Invention of The Word ‘Vegan’

Donald Watson and Dorothy Morgan invent the word ‘vegan’ and use it as the name of their new quarterly newsletter.

The Invention of The Word ‘Plant-based Diet’

T. Colin Campbell invents the term ‘plant-based diet’ to present his research on a diet at the National Institutes of Health.

What food can you eat on a plant-based diet?

The main foods included in a plant-based diet are fruits, vegetables, tubers, whole grains, legumes, tofu, seeds, bread, and plant-based milk. You may choose to eat animal products, but it has to be in small quantities.

What are the negatives of a plant-based diet?

Where can you get the best plant-based meals?

You can get great plant-based meals at the best vegan or vegetarian restaurants in the country. In the U.S., that includes Elizabeth’s Gone Raw, Crossroads Kitchen, and Gracias Madre.

How to Celebrate Plant Power Day

Why We Love Plant Power Day 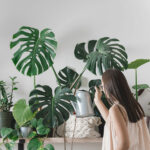 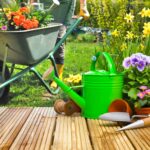 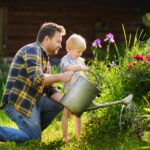