Licorice is extracted from the licorice plant and can be used in numerous innovative ways. Licorice is used for making candy, for flavoring drinks and teas, and some cultures even claim that licorice has special medicinal properties.

Ancient Egyptians would use licorice as a healing food ingredient. A great amount of licorice was found in the tomb of King Tut! Hieroglyphics from Ancient Egypt show that licorice was enjoyed as a drink. Licorice was popular among the royals — Alexander the Great, Julius Caesar, and Napoleon Bonaparte were recorded as using licorice for their health benefits. It would not be until the 17th century that records indicate that licorice was being made into candy in Holland. From there, sailors carried this treat with them to other countries in Europe and eventually all over the world. Today, licorice candy is produced not only in Europe but also in Australia and the Americas. Licorice is now being enjoyed globally.

Created by Licorice International in 2004, National Licorice Day celebrates the rich history and unique flavor of licorice. Even though black licorice is the original, licorice is available in many flavors and colors. Those who do not prefer the special taste of black licorice can instead have the choice to enjoy different varieties of licorice. Consumed by people across the globe, licorice is a delectable treat with a distinctive flavor. It is used as an ingredient in many candies. National Licorice Day is the perfect day to explore different flavors and to try new licorice recipes.

Licorice originates during this time period.

Licorice is Used as Medicine

Licorice is used in cold medications due to its anti-inflammatory properties.

The first products made in the factory are licorice shapes, salt pastilles, eucalyptus pastilles, and colored shapes with fruit flavor.

Ga-Jol is launched as salt pastille and is one of the oldest licorice products still in use.

Why is National Licorice Day celebrated?

National Licorice Day on April 12 each year celebrates licorice in all its forms. It also recognizes its history, health benefits, and distinction around the world.

What is licorice good for?

It has been used as a treatment for heartburn, stomach ulcers, bronchitis, sore throat, cough, and infections caused by viruses.

Can licorice be unhealthy?

Some black licorice contains glycyrrhizin, which is the sweetener derived from licorice root. According to the F.D.A., licorice can create imbalances in electrolytes and cause low potassium levels. Licorice may also cause high blood pressure, swelling, lethargy, and heart failure.

How To Celebrate National Licorice Day

5 Facts About Licorice That Will Blow Your Mind

Why We Love National Licorice Day 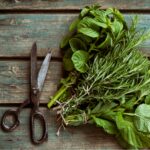 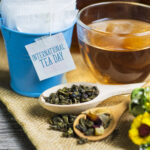