Are you ready to celebrate National Cherry Tart Day on June 18 by devouring some of the best cherry tarts in your town? Yes, now is the time to paint the town red — we mean cherry red. Dedicate a few minutes of the day to pay a tribute to the lip-smacking cherry tart dessert. Originating from a tart that, once upon a time, had a meat filling, cherry tarts are the favorite of all those who prefer fruit tarts over plain custard tarts. So grab your dessert forks and get ready to satisfy your sweet tooth.

The origins of National Cherry Tart day are linked to the annual National Cherry Festival held in Michigan every year — the state that grows 75% of the U.S. cherry crop. The day was formulated and celebrated because cherries are delicious fruits that have a very short growth period. Hence, it’s not a surprise the fruit has become a seasonal hit in several regions of the country.

Cherries did not exist in the U.S. until they were brought to the land of hope by early French settlers in the 1600s who grew cherry trees in their gardens. Things evolved in 1852 when a missionary named Peter Dougherty planted cherry trees in Old Mission Peninsula. At that point in time, the trees bearing fruit was a far-fetched idea. But to everyone’s surprise, the cherry crop flourished. Seeing this, the neighbors in the area began planting cherry trees, too. This furthermore, led to the beginning of modern-day cherry production and, in 1893, the first cherry orchards were planted in Michigan.

Soon the cherry business blossomed and the industry reached great heights in the 1900s. Today, over 650 million pounds of cherries are produced in the United States, most of which are used to make scrumptious desserts.

A gingerbread recipe similar to the modern-day tart is mentioned in the book “English Food.”

The shortcrust that is the base of all tarts is invented.

The Art of Tart

The tart is invented by two unmarried French sisters.

The treacle tart recipe is created.

What are the different types of tart?

There are numerous flavors of tarts including chocolate, vanilla, raspberry, cherry, apple, and several others.

Is tart a dessert?

Yes. Tarts are savory and sweet desserts that are baked to satisfy a sweet tooth.

What does ‘tart’ mean?

A tart is basically a dessert in the form of a pie that is topped with fruit, custard, chocolate, or other sweet ingredients.

5 Fun Facts You Need To Know About Tarts 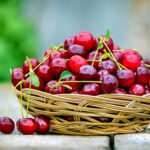 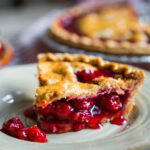