Water-Saving Week, from May 22 to 26 this year, is an annual online event that aims to promote awareness of water-related concerns. The week-long campaign seeks to raise awareness about the need of reducing water waste to manage climate change, maintain our environment healthy, and assist local communities in thriving.

The organization hopes to link people to how being water-efficient may help communities and animals thrive, lower our carbon footprints, save money, and help keep the United Kingdom beautiful by sharing ideas, solutions, and associated issues. Water-Saving Week isn’t simply about regulators devising long-term policies. It is about each individual thinking more deliberately about how we use water, appreciating it more, and vowing to use less of it.

Water is necessary for human survival and life in general. This inorganic, transparent, tasteless, odorless, and almost colorless chemical substance is the main component of the Earth’s hydrosphere and the fluids of all known living species.

A corpus of study in the domains of planetary science, astronomy, and astrobiology has focused on the origin of water on Earth. Earth is the only rocky planet known to contain seas of liquid water on its surface, making it unusual among the Solar System’s rocky planets. The population of our world is increasing. This means that there will be a larger need for water. Meanwhile, global warming is disrupting the water cycle, resulting in less freshwater entering reservoirs, rivers, and aquifers. As a result, our planet is becoming more crowded, with less easily available water to go around.

The population of the United Kingdom is expected to grow from 66,850,000 to 75,000,000 by 2050. That’s an additional eight million people sharing our water supply. Based on current average water use, our country would require 40 billion ounces of water extra every day. However, water-scarce regions in the United Kingdom do not have a surplus to meet this increased demand. Everyone will have to use less water if there is enough to go around.

The way people in the United Kingdom utilize water has evolved dramatically during the last 50 years. Individuals consumed around 2,705 ounces of water per day in the 1960s. The amount peaked at 5,072 ounces in the recent decade. The U.K. average has now slipped back to roughly 4,733 ounces.

Conservation becomes fashionable in the United States, until then, the North American frontier has supplies of seemingly unlimited natural resources, including ample fresh water.

After a cholera outbreak killed thousands of people in Europe and the United States, scientists just begins to understand the hazards of tiny germs in sewage-polluted water, thus starting water conservation.

Actual rates increase significantly, and independent analyses show that the cost of providing water in the United Kingdom is greater than in most other major E.U. nations.

Water-Saving Week, organized by Waterwise, a non-profit U.K. NGO dedicates to lowering water use in the United Kingdom, examines the critical relationship between climate change and water efficiency.

Why should we worry about conserving water?

Growing global populations and economies impose further strain on already depleting water resources. Pollutants such as agricultural runoff render our water unfit for human consumption. Water shortage is driving up costs; therefore, there is more regulation and rivalry among stakeholders, leaving those without money without water.

Is water capable of recycling itself?

Much of this water is recycled over millions of years between the inside of Earth, the seas and rivers, and the atmosphere. Because of this cycle process, freshwater is continually made available to the Earth’s surface, where we all reside.

Daily, how much water is wasted?

Some of the ways we waste water daily include not turning off the faucet when brushing our teeth, shaving, leaks, and washing cars with fresh water. We utilize around 27% of our water for bathing and toilet usage.

How to Observe Water Saving Week

Why Water Saving Week is Important 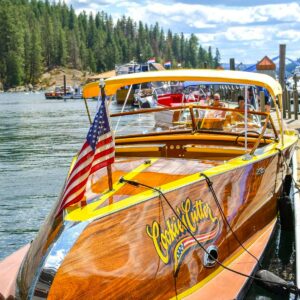