Use Your Common Sense Day is observed annually on November 4, since common sense is an important tool for living life. Common sense is “the applied knowledge of simple, sensible things”, such as not putting metal into microwaves or jumping into rivers without knowing what is under the water. This date also marks the birthday of Will Rogers — the man who remarked “Common Sense ain’t that common”! We need to remind ourselves of the importance of applying common sense to our everyday lives and decisions to avoid unnecessary dangers and make the most of opportunities! In the social media age, this is a pet peeve of many — that common sense seems to have fallen by the wayside. There are even calls for subjects stimulating common sense in the school curriculums in the U.S. because so few seem to employ it!

History of Use Your Common Sense Day

Common sense as a concept is ancient, first being brought to the limelight by the great philosopher, Aristotle. He described it as the ability with which animals (including humans) process sense perceptions, memories, and imagination to reach many types of judgments. To his thinking, only humans have real reasoned thinking, which takes them beyond common sense. This was then carried forward in the Roman interpretation, which holds that concepts like ideas and perceptions are held by man and make them more sophisticated than animals.

French philosopher, René Descartes, established the most common modern meaning, and its controversies, when he stated that everyone has a similar and sufficient amount of common sense, but it is rarely used well.

Since the Age of Enlightenment, the term “common sense” has been used for a rhetorical effect both approvingly, as a standard for good taste, and source of scientific and logical axioms.

In modern times, common sense is defined as ‘the basic level of practical knowledge and judgment that we all need to help us live reasonably and safely”. Without any doubt, applying common sense could save one a lot of problems.

Common Sense Day was created by Bud Bilanich, a career mentor, motivational speaker, blogger, and author. He’s starred in some leading TV shows and magazines and has written 19 books that highlight how to succeed in life, and how the application of common sense is vital to that success. Common Sense Day was first celebrated in 2015.

Use Your Common Sense Day timeline

Thomas Paine compiles a pamphlet called “Common Sense” and stated the need for independence of the 13 British colonies in North America from Britain.

Philosophers such as Thomas Reid and Dugald Stewart espouse the thought that common sense is based on more than mere feelings, and it places all men on relatively equal terms.

G.E. Moore writes an essay titled “A Defense of Common Sense” in which he argues that individuals can make many types of statements about what they judge to be true.

The role of memes on topics such as common sense, especially in shaping the thinking of teens, becomes a subject for research in the Introduction of Meme Studies.

Use Your Common Sense Day FAQs

When was the first time common sense was celebrated?

By all accounts Use Your Common Sense Day was first celebrated in 2015.

When is common sense not so common?

Because our current age focuses more on enlightenment which is a theoretical exercise, what passes for common sense (often more practical), is less common.

Are you born with common sense?

Your mental ability and life experiences together teach you to make good judgments, so we are not born with common sense.

How To Celebrate Use Your Common Sense Day

Why We Love Use Your Common Sense Day

Use Your Common Sense Day dates 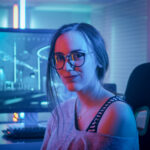 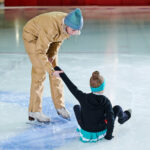