Walk Around Things Day is on April 4, and here’s why we love it so much. We’ve all had days when we can’t deal with certain people or situations. Walk Around Things Day recognizes that sometimes, it’s alright not to deal with things head-on. It celebrates the art of strategic withdrawal. Step back, walk around the problem, come back, and address it later. Like all the best things in life, it’s open to interpretation. Celebrate it figuratively by avoiding nagging problems. Bring it in literally by walking around everything you see — tables, chairs, people, flowerpots, pets! Feel free to get creative. No matter how you choose to celebrate, the day promises to help us see and experience the world differently.

The concept of walking around things has always existed both literally and figuratively. We’ve often been told that meeting challenges head-on is the best way to address them. It’s always been the accepted way. History favors the ‘brave’ — people who never back down from a fight. Those who choose to take different paths have typically received harsh judgments.

The story of Demosthenes, an Athenian infantryman who lived during 338 B.C., illustrates this bias perfectly. A great battle took place between the Athenians and Macedonians, where 3,000 of his brethren died. Demosthenes chose to flee from the battlefield, invoking ire from both his countrymen and history books. On being labeled a coward, Demosthenes famously retorted, “The man who runs away may fight again”. It’s where the modern-day saying “live to fight another day” comes from.

Demosthenes may have been on to something. We know for a fact there are numerous ways to deal with conflict or stress. Avoidance is one of them. Here, it’s critical to make a distinction between avoidance and escapism. Escapism is willful denial. Avoidance stems from awareness but still ignoring or refusing to engage for strategic reasons.
Avoidance can be beneficial in various situations. Say, an issue unimportant in the larger scheme of things. Even a relationship that’s short-term and doesn’t warrant too much investment. It may mean life or death when things could escalate to physical violence. Sometimes, the best recourse is to give your mind a break and deal with things later.

Scientific research also shows how engaging in activities to take your mind off problems can prove more effective. Of course, one can also literally observe Walk Around Things Day. It’s an excellent way to get some exercise or smash your step counting each day. There’s enough leeway to mix things up and make today your own.

Adventurer Christopher McCandless takes ‘walking around’ to the extreme by trekking into the Alaskan wilderness forever.

Walking Away To Find A Better Day

English singer-songwriter Craig David releases ‘Walking Away,’ imploring us to take a step back from life’s problems.

Researchers discover that walking briskly can reduce the risk of overall death by 24%.

When is National Walking Day?

National Walking Day takes place every first Wednesday in April. It’s a day that encourages Americans to lead more active, healthier lives. Get some fresh air and keep your heart rates up today.

What are the benefits of walking 30 minutes a day?

Why is walking good for your mental health?

5 Facts About Walking That Will Blow Your Mind

Why We Love National Walk Around Things Day 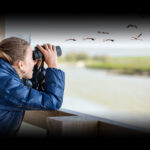 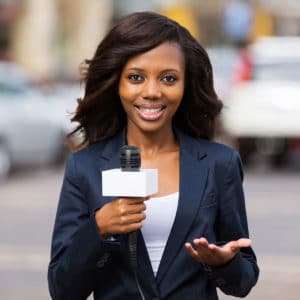