Tweed Day on April 3 is celebrated either to commemorate the life of William ‘Boss’ Tweed or just to celebrate plain old tweed. The mystery surrounding the origin and reason for the day just makes it more exciting! Whatever you choose to celebrate on the day, there’s no better place to find all the pertinent information you need than right here. So choose to celebrate either a rapscallion or a material that is soft and warm on this day!

There is a debate as to the actual purpose of tweed day. Some believe the day is celebrated because of a man called William ‘Boss’ Tweed, while others believe the day is a celebration of the tweed material. Let’s look at both proposed theories.

Tweed, also known as Boss Tweed, was born on April 3, 1823. He was an American politician who also held a considerable number of positions across the boards of different companies. At different times, he served as both a member of the United States House of Representatives and the Senate. Later on, he became the third-largest landowner in New York City, acquired through illegally-obtained public funds. He obtained the nickname ‘Boss’ in 1863 after becoming the ‘Grand Sachem’ of Tammany Hall, a political organization in New York. Leveraging on his political positions, Boss engaged in a number of fraudulent activities such as overcharging the government, awarding government contracts to companies he owned, and accepting money in exchange for favors. After a series of outrageous scandals, Boss was arrested twice in 1871, released on a bail of a million dollars the first time and eight million dollars the second time. A few years later, he was found guilty of several offenses and sentenced to prison. In 1875, he escaped from prison, boarding a ship to Spain. However, the U.S. government caught wind of his arrest and arranged for him to be caught and returned to prison in America, where he died in 1878.

Tweed, on the other hand, is a rough closely woven, woolen fabric made to withstand harsh climates. The fabric originated in Scotland and is also closely linked to Ireland, Wales, and England. Despite the different theories regarding the context of Tweed Day, it is most celebrated in honor of tweed itself, as opposed to William Tweed.

Tammany Hall, a branch of the Democratic Party to which Boss belonged, is founded.

Tweed is born on April 3.

The name of the fabric accidentally changes from ‘tweel’ to ‘tweed.’

An Act of Parliament is signed to ensure that Harris Tweed fabrics are correctly produced.

Can tweed be worn all year?

Because of its thickness, tweed is usually worn during winter. However, it never goes out of style and can be worn from spring to winter.

Did getting arrested keep Tweed from being elected in 1871?

In 1871, the sheriff (and Tammany man) Matthew Brennan arrested Tweed. This was a week before voters went to the polls to decide the Boss’s State Senate seat. Brennan accepted a $1 million bond for Tweed’s bail and moved on, and the Grand Sachem defeated his rival days later.

What is tweed fabric made of?

Tweed is a type of wool weave that is designed for weather resistance. Because it is made from natural wool, each tweed product looks slightly different. By choosing certain sheep breeds instead of others, you can somewhat control the pattern that will emerge in your tweed garment.

How to Celebrate National Tweed Day

Why We Love National Tweed Day 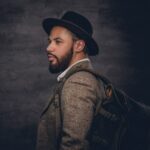