National Old Stuff Day, on March 2, is the day when people across the country clean out their closets and garages, rediscover old treasures, and declutter their lives. Just in time for spring cleaning, National Old Stuff Day is a great opportunity to devote a day to tend to your closet, garage, attic, and other cluttered spaces that don’t get a lot of attention. But you don’t have to stop at things — maybe you want to change an old habit or try a new activity. Get creative with new ways to organize, appreciate, or get rid of ‘old stuff’ in your life!

Second-hand shopping was popular in Elizabethan England, where desirable upper-class clothing could be purchased at one of hundreds of London’s resale shops. Fashion changed quickly, and those with means purchased tailor-made garments or hired servants to make clothes for them. Most Britons, however, couldn’t afford the luxury of new clothing. Because clothing was meant to last, purchasing an outfit was a big investment. Second-hand shops served the majority of Londoners, who could buy up the clothes cast off by the upper classes. Clothing was sometimes sold multiple times, with garments getting cheaper as they became more patched and ratty. Nevertheless, having ready-made clothing available for a few pennies was a vast improvement over having to sew everything yourself.

Beginning in the early 20th century, Christian nonprofits and charity organizations essentially invented a new business sector by linking charity to capitalism and commerce. Seeing the need for second-hand clothing and household items among the urban poor, progressive reformers used this as an opportunity to link used goods to charity and use sales to raise money for various causes.

Thrift stores quickly wised up to consumer tastes, using department-store-like displays to reduce the stigma around used goods and encourage middle-class shoppers to patronize the stores. Slowly, thrift stores became a fixture of American culture. As Americans gained increased access to mass-produced, disposable goods, thrift stores offered a way to assuage consumers’ guilt by justifying their purchases as charitable and frugal. Thanks to the environmental movement, increased awareness of mass consumption, and the elevated popularity of thrift store shopping in pop culture, thrifting has become a fashionable hobby. The stigma around used goods has largely dissolved as ‘vintage’ replaced ‘secondhand’ and shoppers increasingly seek to reduce their consumption of new goods. Today, there are over 25,000 second-hand stores in the United States.

Reverend Edgar J. Helms, a Methodist minister, starts Goodwill by collecting used goods and training his employees to repair them for sale.

The first recorded use of the term ‘thrift shop’ occurs in 1919 — just a decade later, the Great Depression would lead Goodwill to open over 200 stores nationwide.

What items should I donate to thrift stores?

Just because you’re ready to donate an item doesn’t mean a thrift store necessarily wants it. Don’t donate items that are too damaged, dirty, or out of date. Some useful donations are high-quality cookware, dishes, children’s books, and clothing in good condition without stains or rips.

Most thrift stores take care to sort through items and remove any that are damaged or stained. Many also don’t accept items like mattresses or baby toys that could breed germs or bugs. However, you should still wash thrift store clothing before wearing it and use your judgment when buying things like upholstered furniture that might be difficult to clean.

How do I find the best thrift stores near me?

Check internet message boards for your community, ask your friends, and search websites like Yelp to find the most popular thrift stores in your area. You can also seek out swap meets and seasonal vintage markets. 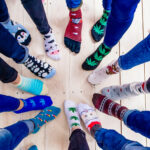