Odd Socks day is held on the first day of the third week in November. The event is not only a great way to express uncanny styles, it’s also promoting a good cause. The day is meant to remind us to think about our words before we say them and their effects on others. Socks might not seem daring in the grand scheme of things, but they have their own etiquette. Style guides often state the color of socks should match the color of shoes, otherwise it’s a fashion faux pas. On Odd Socks Day, however, those rules can be forgotten!

It’s not a well-known fact, but socks have been around since the Stone Age. Cavemen were actually the first people to wear socks after a wave of surprising ingenuity. They would wrap animal skin around their feet and tie them around their ankles for warmth. Although they looked much different than the versions we wear today, these archaic socks were the prototypes of the future.

Romans modernized the sock during the eighth century BC. The poet Hesiod wrote about them in his piece “Works and Days,” where he makes reference to ‘piloi’, a sock that was made of matted animal fur. This revolutionized the cavemen model which was worn under their sandals. Such a fashion statement is looked down upon now, but back then, such a look was seen as modern. Later, Romans started wrapping their feet in strips of leather or woven fabric, and in the second century AD, they sewed fabrics together for a more fitted and comfortable feel.=

In the Middle Ages, socks had another major advancement. Trousers were lengthened and socks became tighter with more colorful fabric. People covered the lower part of the leg, and since they didn’t yet use elastic bands, garters were used to keep them from falling. This update made society more fashionable, as well as more options to choose from.

Odd Sock Day first started in 2017 as a way to deter bullying in school. With the rise of technology and the added pressure children face social media and at school, the Anti-Bullying Alliance created the day to remind people that it’s good to stand out. By expressing oneself without fear of judgment reaffirms the idea that being who you are is more than enough. If we can appreciate someone else’s odd socks, we can also appreciate each individual’s differences.

Odd Sock Day is created to celebrate uniqueness and fight against bullying behaviors.

Socks became colorful, tighter, and people used garters that kept them from falling down.

The poet Hesiod references 'piloi', which is a sock that was made out of matted animal fur.

Socks of the Stone Age

What is this year’s theme?

This year’s theme for 2020 is United Against Bullying.

How can I get involved in the anti-bullying campaign?

You can help raise money, donate, join the events, and become a member to stay up to date.

Why do I have so many mix-matched socks?

Having too many mix-matched socks means that you probably aren’t buying enough of the same sock!

How To Celebrate Odd Socks Day

Why Odd Socks Day Is Important 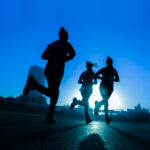 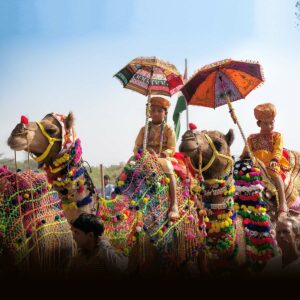