National Nylon Stocking Day, held every year on May 15, is the perfect opportunity for us to celebrate this wardrobe essential, which has played an important role in the fashion industry. Here’s all you need to know about the day.

Yes, the demand for pantyhose may reign supreme today but nylon stockings were originally the ‘It’ fashion accessory. In fact, a dress was deemed incomplete without the addition of some sexy sheer nylon stockings. Before nylon stockings were invented, women wore material that included cotton, linen, wool, or silk. Research on the production of nylon started in 1927 by DuPont and was produced for commercial use in 1939. Once nylon stockings hit the market, they were so popular that over 64 million pairs were sold in the first year.

However, nylon stockings became less accessible during World War II. Their production was put on hold as the texture was used to build parachutes, airplane cords, and ropes. During this time, the demand for nylon stockings in the market was still high, however, despite there being little to no supply.

Stockings are worn by Queen Elizabeth I as a fashion statement.

Stockings are worn to keep the legs warm.

What are the best pantyhose to wear?

Toeless, nude, ultra-sheer, and lacy nylon are amongst the best pantyhose.

How long does it take for nylon stockings to decompose?

It takes approximately 30–40 years for nylon stockings to decompose.

Yes, the sales for stockings are still quite high.

Why We Love Nylon Stockings 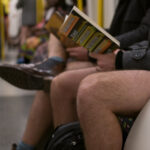