In honor of the classic metal mockumentary “This Is Spinal Tap,” National Metal Day falls on November 11 every year. Metal declares independence from the mundane and conventional while insanity, alienation, and death are the foundation for gloomy introspection, which is all part of the culture! However, it’s not all doom and gloom; in fact, some metal can even be uplifting!

The famous This Is Spinal Tap scene explaining how the band’s amps go up to “one louder” than 10 is the basis for National Metal Day’s unique date . Moreover, the day was first celebrated in 2011 (so yes, 11-11-11) by 24-hour music network VH1 Classic. The celebrations began on November 1, allowing more time for the network to focus on airing metal concerts, specials, movies, and videos each night — leading up to the grand finale on 11-11-11, when VH1 Classic premiered the film “Metal Evolution.”

Metal is a subcategory of hard rock, and is one of the most controversial and complex genres of music. It’s not made for those light of heart and modest, but is made to be enjoyed in excess through its music, aesthetic, and lifestyle. The genre originated from industrial working class areas within the UK, specifically in northern and midland England, where a number of factories process actual metal and steel. Early metal bands would reference the sound of these factories as a direct influence on their sound — Judas Priest’s Glenn Tipton had remarked on how the steel mill was always within audible distance.

But metal comes from more than just factories, it has a strong British blues rock influence, with heavy impact from acts like The Rolling Stones, The Animals, and The Kinks. There is also influence from guitar legends Jimi Hendrix and Eric Clapton. Metal began owning its title as a genre in the late 1960s early 1970s, with Black Sabbath, Led Zeppelin, and Deep Purple sharing ownership as the first metal bands.

Metal has since spread into many different sub-genres such as thrash, death, black, doom, Christian, and the oft-reviled nu-metal. Some of the biggest names in music are metalheads, like Metallica, Anthrax, Megadeth, Motorhead, and Pantera. So, if you can properly answer this question: “Who would win in a fight, Lemmy Kilmister or god?”* this day may just be the excuse you need to bang your head.

*It’s a trick question. Lemmy IS god. Rock on.

​Black Sabbath used loud clashing guitar solos as a reaction to the despair and dreariness of life.

​Judas Priest's album, "Hellbent for Leather," introduced the pairing of leather and metal studs as a fashion statement.

This is Spinal Tap,​ the metal mockumentary about the adventures of a metal band on tour, turned into an iconic tour de force.

​When a young Judas Priest fan took his life, his parents sued the group, claiming their son heard the words "do it" in a song played backwards.

“Helter Skelter,” which appeared on The Beatles’ 1968 “White Album,” is considered by some to be the first metal song and noted for its pro-metal roar.

Why is it called heavy metal?

The name “heavy metal” is said to originate from the sound of steel mills in the UK. But it only takes a few listens to understand why it’s called “heavy.”

Who are the Big 4 of metal?

Metallica, Slayer, Anthrax, and Megadeth are often referred to as the Big 4 of metal.

Why We Love National Metal Day 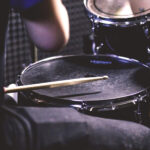