National Amber Day, on March 28, honors the people named Amber. Amber is a popular name used for girls and is derived from the Arabic word ‘ambar’ which means ‘jewel’ referring to the fossilized, yellowish-brown tree resin that can primarily be found on pine trees in the Baltic Sea region. After undergoing a procedure that involves persistent heat and pressure, this “tree sap” is essentially transformed into the gemstone amber. It also has its roots in French meaning ‘jewel-colored.’ It is a gem name that came into use as a female name in the 19th century when other jewel names were also enjoying popularity.

Amber is a name that is more commonly given to females and it has its origins in both the Arabic and Celtic languages. Either the word ‘fierce’ or the jewel with the same name that is amber-colored can be associated with this word.

Late in the 13th century in Anglo-Latin and about the year 1400 A.D. in English, the term amber was extended to include fossil resins from the Baltic, and since then, this sense of the word has become the predominant one as ambergris’s use has decreased. The fact that both were discovered washed up on seashores might have led some people to believe that there’s some sort of connection between the two. It’s also possible that this is a completely distinct word with an obscure history. In the past, the Baltic fossil resin and ambergris, also known as “gray amber,” were differentiated from one another as “white amber” and “yellow amber,” respectively. The French refer to the two types of amber as ambre gris and ambre jaune, respectively.

Amber as a name was not widely used until the 1950s, even though it has been around since the 1800s. There were nine newborns named Amber in 1880 when the name first surfaced. Its boom in the 1950s is most likely because of the novel “Forever Amber” written by Kathleen Winsor in 1944. The name first became popular in the 1960s and 1970s, and from 1981 to 1993, it ranked among the top 20 choices given to baby girls in the United States. Since then, the use of the name Amber has steadily decreased, and in 2018, it was the 471st most popular choice for girls.

The bestselling novel, “Forever Amber” pushes the popularity of the name while the novel is banned in several states for being sexually explicit.

The novel, “Forever Amber” is adapted into a movie starring Linda Darrel.

“The Spy Next Door”

Amber Valletta is an American actress and model starring in this popular movie.

Is Amber an uncommon name?

Throughout the English-speaking world, Amber has become a common choice. As a baby name in the United States in the 1990s, it ranked 20th. It has been the most popular baby name for girls in the United Kingdom, Scotland, Ireland, Belgium, Australia, and Canada over the last several years.

What is the record high for the name Amber in a state?

In 1986, 1,659 baby girls were given this name in California, which is the highest total ever recorded for this name.

Was there a time when the name was not in use?

5 Interesting Facts About The Name Amber

Why We Love National Amber Day 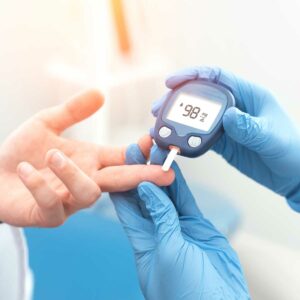