Geography lovers and enthusiasts, gather around and let’s celebrate the amazing technology of Geographic Information Systems on GIS Day, on November 16 this year. This is an annual holiday celebrated on the third Wednesday of November, or the Wednesday within Geography Awareness Week. GIS is said to be the technology that answers the question of “where?” It is a scientific framework for capturing, analyzing, and visualizing location data to help make better decisions. For example, GIS can predict areas of flooding. Whether you’re a geography newbie or master cartographer, you can celebrate the brilliant technology of GIS, its contributions to the real world, and your own GIS accomplishments on GIS Day every year. Help others learn more about geography and discover GIS.

GIS Day was famously inspired by American activist and lawyer, Ralph Nader, who believed it would be a great way for people, especially those in the grassroots, to learn about geography and GIS technology.

While GIS Day was first bought up by Ralph Nader, he wasn’t the one who put it into action. The first GIS Day was organized by the National Geographic Society (NatGeo) and the Association of American Geographers (AAG). Apart from NatGeo and AAG, some of the original sponsors of GIS Day included the University Consortium for Geographic Information Science, United States Geological Survey, Hewlett-Packard, and spatial analytics leader, Esri (Environmental Systems Research Institute).

Today, GIS Day is celebrated by over 100,000 people around the world. The events of the day provide international recognition and awareness of GIS technology and the ways its real-world applications are making a difference in society. People can explore “The Living Atlas;” the highest spatial resolution ecological land unit map the world has ever seen.

GIS was first developed in 1962 by Dr. Roger Tomlinson, who introduced geographic information systems to the Canada Land Inventory. Roger is quoted as saying “The early days of GIS were very lonely. No one knew what it meant. My work has been missionary work of the hardest kind.”

Well, GIS certainly isn’t lonely today, thanks to the efforts of many pioneers such as Dr. Roger Tomlinson.

Dr. Roger Tomlinson’s work with Canada Land Inventory in 1962 is seen as the dawn of GIS.

The earliest published reference to GIS is by two scholars at the University of Illinois.

The First Landsat Satellite is Launched

The launching of the first Landsat satellite launches the start of continuous earth monitoring.

The street view program with panoramic street-level imagery for mobile devices is rolled out in the U.S.

What is GIS Week?

GIS week is a series of week-long events organized to celebrate GIS technology and its contributions to the world. It is often celebrated during Geography Awareness Week, which falls on the third week in November every year.

Who is known as the Father of GIS?

Dr. Roger Tomlinson, the pioneer geographer who developed GIS for the Canada Land Inventory, is popularly recognized and referred to as “the father of GIS” all around the world.

What was the First GIS?

The first-ever computerized GIS in the world was created in 1963 as a result of  Dr. Roger Tomlinson’s visionary work to plan and develop the Canada Geographic Information System.

How to Celebrate GIS Day

Why We Love GIS Day 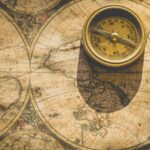 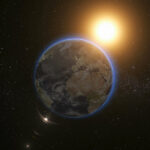 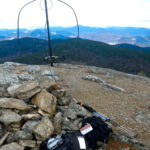