November 19 was designated as World Toilet Day by the United Nations General Assembly, and is coordinated every year by a partnership between UN-Water and governments around the world. Today, we talk about the one invention that’s kept hidden behind closed doors, but is undeniably important. So if you’d like an “ode to the commode” read ahead.

Jack Sim, a philanthropist from Singapore, founded the World Toilet Organization on November 19, 2001, subsequently declaring the day World Toilet Day. The WTO chose “World Toilet Day” as opposed to “World Sanitation Day” for ease of public messaging, though toilets are only the first stage of sanitation apparatuses.

World Toilet Day was made to spread and increase public awareness of broader sanitations systems such as wastewater treatment, stormwater management, and hand washing. Goal 6 of the UN Sustainable Development Goals calls for adequate sanitation, which includes the system assuring that waste is safely processed. Their efforts to call attention to the sanitation crises were strengthened in 2010 when the right to water and sanitation was officially declared a human right by the UN.

In 2013, a joint effort between the Government of Singapore and the World Toilet Organization led to Singapore’s first UN resolution called “Sanitation for All.” This resolution called for the collective action to end the world sanitation crises. As a result, World Toilet Day was declared an official UN day and the resolution was adopted by 122 countries at the 67th session of the UN General Assembly in New York. During World Toilet Day 2015, United Nations Secretary-General Ban Ki-Moon advocated action to renew efforts to provide access to satisfactory sanitation for all, reminding everyone of the “Call to Action on Sanitation” which was launched in 2013 and aimed to end open defecation by 2025.

The World Toilet Organization was founded by Jack Sim in Singapore.

The UN declared the right to water and sanitation a human right.

The Bill and Melinda Gates Foundation issued the Reinvent the Toilet Challenge, asking innovators design a waste-free commode in order to reconsider how we flush.

What is the purpose of World Toilet Day?

The purpose of World Toilet Day is to raise awareness about how many people in the world still lack basic sanitary facilities.

How many people in the world have toilets?

What country has the worst sanitation?

India, holding the second largest population in the world, unfortunately tops the list for providing poor sanitary facilities to the common people.

How to Observe World Toilet Day

Why World Toilet Day is Important 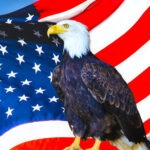