We are raising awareness for orphaned and sheltered pets today on Remember Me Thursday, which occurs on the fourth Thursday of every September. This year, it’s on September 28, and the goal of the day is to share the importance of pet adoption and shine a light on all orphan pets waiting in shelters and rescues. Since its inception in the year 2012, Remember Me Thursday has made more than one billion impressions on social media and has been saving pet lives ever since.

History of Remember Me Thursday

Pets deserve to be loved, cared for, and appreciated in nice loving homes, and this is inclusive of our strays and orphaned pets as well. Pet adoption can be a life-changing decision for both the pet and the family involved. Each year, over one million pets are euthanized annually, and although that number has consistently decreased in the last decade, there is still a lot more work to be done in spreading awareness. Remember Me Thursday was created just for that purpose.

The movement began in 2012 and was created by Mike Arms, the CEO of Helen Woodward Animal Center, a non-profit organization located in San Diego County that has been helping animals to find their future homes for over 40 years. It was established in 1972 and provides educational and therapeutic programs for people, as well as humane care and adoption for homeless animals.

Since the organization began the movement, the awareness of the need for animal adoption has steadily increased in popularity. In the previous six years of the campaign, over 190 countries supported the movement with hundreds of thousands of individuals and more than 700 separate animal welfare organizations around the globe holding candle-lighting ceremonies of their own, spreading the message on social media, visiting the Remember Me Thursday website, or lighting a virtual candle. In fact, by 2017, over 330 million people got involved to spread awareness for animal adoptions, setting the campaign up to be a global event.

Even some of your favorite celebrities want in on the action, with celebrities such as Diane Keaton, George Lopez, Katherine Heigl, and many more using social media to share the message and save orphan pets. Remember Me Thursday is observed every fourth Thursday of September, which is September 23 this year, and aims to unite individuals and pet adoption organizations around the world to be an unstoppable, integrated voice for orphan pets in need of forever homes.

The American Society for the Prevention of Cruelty to Animals (ASPCA) begins its mission.

The first U.S. animal shelter is by Caroline Earl White along with other female animal activists, and is called ‘The Women’s Branch of the Pennsylvania Society for the Prevention of Cruelty of Animals.’

The ASPCA recognizes the need to control the pet population and begins its Low-Cost Spay/Neuter programs for adopted dogs and cats.

Best Friends Animal Society is formed and becomes the flagship for the no-kill movement.

What is Remember Me Thursday?

Remember Me Thursday is a campaign aimed at uniting individuals and pet adoption organizations around the world to be an unstoppable, integrated voice for orphan pets in need of forever homes.

Is pet adoption cheaper than buying?

Adopting a pet from an animal shelter is much less expensive than buying a pet at a pet store or through other sources. Buying a pet can easily cost $500 to $1000 or more; adoption costs range from $50 to $200.

What does euthanize mean?

To kill an animal humanely because it is very old or sick or because there is no one to take care of it.

How To Observe Remember Me Thursday

5 Facts About Animal Shelters You Should Know

Why Remember Me Thursday Is Important 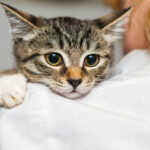