Orthodox Good Friday is celebrated Friday before Easter according to the Julian calendar and falls on April 22 this year. While many Western churches follow the Gregorian calendar while celebrating events, Orthodox Churches retained the Julian calendar. Thus, they observe Good Friday and celebrate Easter at a much later date than the Western churches. This day is also known as Great Friday, Holy Friday, and Holy and Great Friday.

Orthodox Good Friday is not a public holiday, however, it has been observed by the Orthodox Christian Church for a while. In the early days, Good Friday was called “Pascha of the Cross” as it was the beginning of that Passover. The very first Good Friday was observed on Friday, April 3, 33 A.D.

The majority of the Orthodox community is situated in Russia, however, Orthodox Good Friday is observed all across the globe. Some Orthodox Churches in the United States hold evening liturgies throughout Holy Week, along with special afternoon liturgies for children on Good Friday.

Orthodox Good Friday goes by many other names and it is a strict day of fasting for Greek Orthodox Christians in the United States. The Greek Orthodox Archdiocese of America celebrates the Passion of Christ, or the last moments of his life according to the New Testament in the Bible, on Good Friday. Some Orthodox Churches begin observing it on Thursday night when the 12 sections of the Gospels are read and some churches have a Good Friday liturgy in the evening. The readings are typically stories of Jesus Christ’s crucifixion. Many priests remove icons of Jesus Christ from the crosses and wrap them in linen to reenact the burial rites. Moreover, some Bulgarian churches allow people to pass under a table in the middle of the church to light a candle after the ringing of the Church bell. They say this symbolizes the washing away of one’s sins.

The Council of Nicaea establishes the Easter date for churches according to the Gregorian calendar, however, Orthodox Churches choose to follow the Julian calendar.

‘Goude Friday’ is mentioned in “The South English Legendary,” a hagiographic work.

The Gregorian calendar is introduced to the world for the first time.

The World Council of Churches proposes a reform to solve the Easter date difference between Western and Orthodox Churches, albeit in vain.

What is the difference between Easter and Orthodox Easter?

While the day marks the same event in history, they are observed on different days as one follows the Gregorian calendar and Orthodox churches follow the Julian calendar.

‘Good Friday’ comes from the obsolete sense ‘pious,’ or ‘holy’ of the word ‘good.’ Less common examples of expressions based on this obsolete sense of ‘good’ include ‘the good book’ for the Bible, ‘good tide’ for ‘Christmas’ or Shrovetide, and ‘Good Wednesday’ for the Wednesday in Holy Week.

What do Greek Orthodox do on Good Friday?

Families attend a church service, they read gospels and sing hymns, a strict fast is observed, and they take time for reflection and introspection.

How to Observe Orthodox Good Friday

Why Orthodox Good Friday is Important 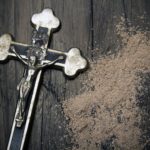