Golfer’s Day is celebrated every year on April 10 to celebrate not just the game of golf but also the people who play and enjoy it. A possible source of origin of the word golf can be the Dutch word ‘kolf,’ which is a kind of stick or club, or it can be the Scottish word ‘goulf,’ which means to strike or cuff. From whichever word it might have originated from, Golfer’s Day is best celebrated by playing with your loved ones and spreading the joy of the game.

Golf originated in Scotland from a game played close to the royal capital of Edinburg. The earliest form of golf used to be played by hitting a pebble over dunes around tracks. King James IV of Scotland became the world’s first golfing monarch, and the popularity of the game soared throughout the 16 Century. The game reached England through King Charles I, and Mary Queen of Scots introduced the game to France when she studied there. The first international golf match was hosted at Leith near Edinburgh in 1682, and the Duke of York and George Patterson represented Scotland and beat two English noblemen.

After the Gentlemen Golfers of Leith formed the first club in 1744 and set up an annual competition, then golf officially became a sport. Rules were drafted by Duncan Forbes, which are still somewhat followed. In 1764, the first-ever 18-hole course was constructed at St Andrews, which established the standard for the game. The club was honored by King William IV in 1834 with the title of ‘Royal & Ancient.’ As the British Empire expanded, so did golf. The first golf club outside Britain was in Bangalore, India in 1870, which was followed by Royal Montreal, Cape Town in 1885, and St Andrew’s of New York in 1888.

The United States Golf Association (USGA) was established in 1894, and by 1900 more than 1,000 golf clubs were formed throughout the U.S. The U.S. quickly became the center of the professional game.

The First Monarch to Play Golf

The popularity of golf soars to new heights after King James IV of Scotland becomes the world’s first golfing monarch.

After Gentlemen Golfers of Leith forms the first golfing club, it becomes officially recognized as a sport.

The First Ever 18-hole Course is Constructed

At Andrews, the first-ever 18-hole course is constructed and establishes itself as the standard for the game.

The United States Golf Association (USGA) is established, and by 1900 more than 1,000 golf clubs are formed throughout the U.S.

What do you call someone who plays golf?

A golfer is the term used to describe someone who plays golf.

Why do golfers yell mashed potatoes?

The trend started after Andrew Widmar used the phrase to signal to his mother that he was there during an event.

It is the body that organizes male professional golf tours in the U.S. and North America.

Why We Love Golfer’s Day 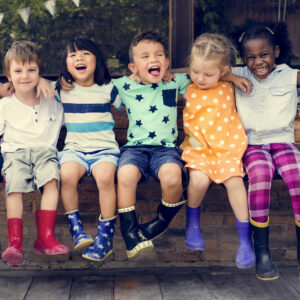