Youngsters need to read, and Young Readers Week, celebrated in the second week of November every year, from November 15 to 19 this year, is the perfect opportunity to introduce your young ones to the incredible world of books. Did you know that children learn between 4,000 to 12,000 words per year by simply reading, no matter what book it is? Young Readers Week raises awareness about the importance of reading and it is a great time to help your kids develop a fiery passion for reading. Celebrate Young Readers Week by teaching your children all about the joys of books and literacy. We promise, it is a lesson that will follow and help them throughout their lives.

The history of National Young Readers’ Week began with Pizza Hut’s – yes that Pizza Hut – ‘BOOK IT!’ program, which you might remember if you went to a school in the United States within the last decade.

In 1984, Pizza Hut’s office in Wichita, Kansas created the infamous ‘BOOK IT!’ program, after U.S. President Ronald Reagan encouraged American businesses to get more involved in education. The then-president of Pizza Hut, Arthur Gunther, was inspired by his son, Michael, who had eye problems that made reading difficult for him as a young child. Arthur met with educators in Kansas and came up with the program that had kids devouring books so they could eat pizza.

BOOK IT! is the largest and longest-running corporate-supported reading program. When children meet a monthly reading goal that begins from October to March, they get a Reading Award Certificate and a free one-topping Personal Pan Pizza.

The program was tested in Kansas schools before being rolled out nationwide in 1985. Over the years, over 14 million students across 620,000 classrooms have participated in the program. The program got such popularity that it got recognition from President Ronald Reagan and Bill Clinton.

In 1989, Pizza Hut extended ‘BOOK IT!’ by organizing a week-long reading event that brought local figures like school principals into schools to demonstrate the importance of reading to the kids. This week was called National Young Readers Week.

The event was created alongside the Library of Congress’s Center for the Book. Pizza Hut issued a challenge to school principals to “become shining examples for literacy by choosing one day to read their hearts out all day long, from first bell to the last during National Young Readers Week.”

The ‘BOOK IT!’ Program is Created

In 1985, Pizza Hut rolls out its ‘BOOK IT!’ program after testing it in Kansas schools.

He sends a letter to the organizers commending them for their work since reading is vital.

Arkansas Governor, Bill Clinton, proclaims the day as ‘BOOK IT! Day’ in Arkansas.

When is American Education Week?

American Education Week is celebrated the week before the week of Thanksgiving. There are festivities to honor all the people that make the American education sector a success, from school principals to teachers, bus drivers, and cafeteria workers. The week involves events such as Family Day, Educator For A Day, and Substitute Educators Day among others.

What is National Young Readers Day?

What are Young Readers?

Young Readers is a broad term that can mean anything from adolescent children to middle-graders and teenagers. As a general rule, a young reader is someone between the ages of two and 18.

5 Reasons Why Reading Is Important For Children 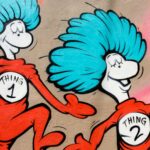