World Orphans Day, celebrated on November 14, is an important date for Americans to come together and show that they care about the orphans in their community. Millions of young children face problems because one or both of their parents are no longer in this world. It is important for the community to make arrangements for their education, health, shelter, food, and social well-being. World Orphans Day is the perfect opportunity for well-meaning and socially responsible Americans to show that they stand with orphans in their time of need.

The world’s first orphanage was established by the Romans in 400 A.D. The main reason for opening an orphanage was to provide food, shelter, and other health care needs to children who had lost their parents and don’t have any caregivers to look after them.

The idea of looking after orphaned children is not new. The Greek legal system made it mandatory to provide financial support to orphans until they are 18. Churches in the Middle Ages also established shelters and orphanages for children.

During the 1900s, the living conditions of orphans in England became worse. Many children even suffered from malnutrition due to a lack of food and proper medical care in care facilities. Soon, orphanages gained a bad reputation for not giving the required care and attention to orphans. Because of this, people in western countries were encouraged to legally adopt orphaned children to provide them a better future and take care of their health and education.

In 2006, the Stars Foundation — an entertainment organization that raises funds and raises understanding of children orphaned or displaced by poverty, war, AIDS, and natural disasters — observed the first World Orphans Day. The main idea was to create awareness about the current situation of orphans worldwide. People are encouraged to support orphans by giving them the care, respect, and sense of security they deserve. People all across the globe raise funds for orphaned children to help them have access to quality health care and education.

Charles Dickens writes about child labor and orphans in the Victorian era.

The Orphan Train Movement is Introduced

Special trains transport children from crowded cities to foster homes in the Midwest.

The Social Security Act authorizes the first federal grants for child welfare services and ensures that inspections of all foster families’ homes take place prior to placements.

How often are children orphaned in the world?

A child is orphaned every 19 seconds, and 99% are never adopted.

How many orphans are there in the world?

In 2020, UNICEF estimated that around 153 million children in the world are orphans.

Where does money donated for World Orphan Day go?

Money is raised in communities or regions, and it stays in their own communities for programs that support displaced children, orphans, and youths at risk.

How to Observe World Orphans Day

5 Facts About Oliver Twist That Will Blow Your Mind

Why World Orphans Day is Important 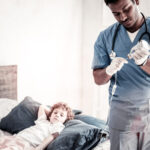 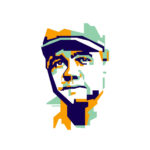