National Pecan Torte Day is celebrated on August 22 annually, and it is as delicious as it sounds. It is the holiday on which we enjoy that wonderful dessert and the richness of its history. Did you know that pecan nuts are native to the U.S? These pecan nuts are the only indispensable ingredients of the torte. This delectable delicacy may be made with a variety of various fillings.

Pecan torte has become one of the most popular desserts in the United States. Torte can handle highly rich ingredients, and there are several possibilities to pick from. The major component, however, is the pecan nut. It grows on the pecan tree, which is indigenous to the United States.
The pecan tree grows throughout the southern United States, particularly in Georgia, Texas, and New Mexico. It is also the official state tree of Texas.

Native Americans made extensive use of the tree and its nut, which is extremely nutritious. The term ‘pecan’ is said to have originated from the Native American word ‘pacane,’ which refers to nuts that are difficult to break.

The tree was initially found in Europe by Spanish explorers. They introduced the pecan to Europe and other countries. The pecan tree’s nut is incredibly healthy and has a variety of applications. Protein, fiber, copper, and zinc are all abundant in the nut. Pecan nuts are utilized in a variety of dishes, including appetizers, desserts, and even main meals. The pecan torte is one of the most popular uses for pecan nuts. Along with pecan pie, the torte is a popular dessert in the United States.

The pecan torte is a delectable dessert that is simple to make at home. It is also available on the menus of many restaurants around the country. It is only appropriate that a day be set apart to celebrate this wonderful and tasty dessert that has captured the hearts of many Americans.

Earliest Evidence of Pecan Use

Native Americans gather and process the pecan and its nuts.

A worker called Antoine makes a breakthrough in grafting and improving cultivation.

Is the pecan torte the same as pecan pie?

While they both have the pecan nut as a necessary ingredient, the pecan torte is different from pecan pie.

Where can I find a recipe for the pecan torte?

There are countless recipes on the internet for the pecan torte.

Is the pecan nut healthy?

Yes, the pecan nut has many beneficial nutrients.

5 Fun Facts About The Pecan Tree 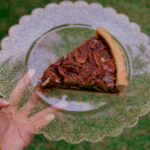 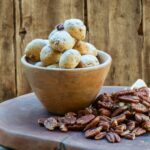 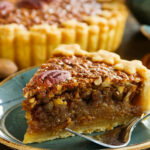 Be An Angel Day
Folklore Day