National Bao Day is celebrated on August 22 every year. It’s a day to savor the deliciousness of the famed dumpling. It’s also a day dedicated to learn more about the bao, also known as ‘baozi’ or ‘hot Asian buns,’ and the culture that surrounds them. Do you know that baos come in a variety of tastes and fillings, such as pork, veggies, sweet custard, chocolate, Chinese sausage, and more?

The bao or ‘baozi’ is a kind of dumpling that originated in China. It is safe to say that baozi evolved from the word ‘mantou,’ which was used as an all-inclusive expression for buns.

The beginnings of ‘mantou’ are largely tied to the military leader Zhuge Liang, who is believed to have invented the buns. Bao later came to become the word used for filled buns, while ‘mantou’ remained the word for unfilled buns.

Bao takes root in Asia first, then spreads to other regions of the globe. Since 2003, when Wow Boa established their first restaurant in Chicago, baozi has grown in prominence in the United States. Since then, bao has captivated a large number of people. It has a wide range of filling options, making it appealing to a wide range of people.

Wow Bao has over 200 locations across the United States. They provide both physical and virtual services, allowing them to reach a wider audience. Wow Bao, by the way, was the one who started National Bao Day.

People have turned to the holiday as a reason to satisfy their appetites for the delectable bao. The rich Chinese tradition behind the popular dumpling is celebrated on National Bao Day.

We test out the many different fillings available with a sense of excitement and discovery. Even if we only ate different bao tastes and fillings, it’s unlikely that we’d never become bored.

Even vegetarians who prefer not to consume meat can enjoy the variety of fillings. Similarly, when it comes to bao, you have a plethora of healthful options.

The evolution of bao dates back to this time period.

‘Baozi’ is Used as a Term

The term ‘baozi’ becomes the main expression for filled buns.

Wow Bao pushes for a holiday to celebrate the popularity of bao and National Boa Day is established.

Can you make your own bao at home?

The making of bao requires special techniques. But you can master them in no time.

Who should celebrate National Bao Day?

Everyone can celebrate National Bao Day, including children.

Is there a vegan choice for bao?

Why We Love National Bao Day 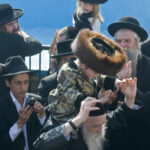 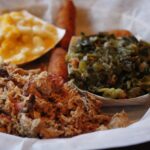 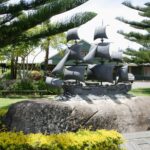