On August 5 each year, the U.S. honors a very special mollusk, the oyster, for National Oyster Day. Enjoyed as seafood in many parts of the world, this fine delicacy needs no introduction, but someone certainly thought it could use a celebration. Boil it, eat it fresh, put it in soup — there are many delicious ways to feast on oysters and just as many ways to enjoy this particular day.

Keep reading to learn how to celebrate National Oyster Day 2021, fun and interesting facts about oysters, the answer on whether you will be able to locate a pearl in the next oyster you eat, and so much more!

Oysters have been around for a long long time, and scientists believe they were one of the Earth’s first living inhabitants. In fact, they have found fossils of oysters that date back to when the dinosaurs walked the earth.

Not only have these little jewels been around for ages, but they have also been a source of food for just as long. Early humans preferred tossing oysters into the fire rather than prying them open with tools or stone, data shows. Archaeologists have also found evidence that proves people from the coastal regions consumed oysters regularly — fossilized oyster shells from various periods prove this without a doubt.

Oysters were important to many civilizations. The Greeks loved them so much that they began to cultivate oysters. They were the very first civilization in the world to do so. Fishermen would scatter pieces of broken pottery in places where oysters grew to encourage baby oysters to attach themselves to the pieces. They would then transport these pieces, baby oysters in tow, to other places. These guys even found a use for oyster shells, using them to cast ballots during voting time. Greek myths also began to feature the oyster — the famous Greek goddess of Beauty and Love, Aphrodite, is said to have been born from the sea in an oyster.

After Greek civilization declined, the Romans took up the mantle, continuing to hold oysters in high regard. They became part of the rich Roman’s meals and also appeared in Roman mythology. The Romans’ love for the oyster led to overharvesting, however, causing a scarcity. They attempted harvesting and transplanting them, but nothing stuck. By the time the world entered the 8th century, this rich man’s food was now considered a common delicacy.

Between the 18th and 19th centuries, the world entered a period called the Golden Age of Oysters. Even the famous satirist, essayist, poet, and author Jonathan Swift was a fan. There was a massive surge in oyster production, making it cheaper to procure. This led to the oyster being featured in dining rooms across the U.S. and Europe.

In the 19th century, New York gained the title of the world’s biggest producer of oysters. The New York Harbor apparently held half the world’s oysters before it was destroyed by overharvesting and pollution. History also documents how oysters are the reason behind New York building its restaurant trade. Oysters were such an integral part of this city’s economy that they even used the shells to pave roads and create cement, amongst other items. Apart from New York, multiple other states like Baltimore, New Orleans, and Philadelphia supplied oysters. They were in such abundance that oyster saloons — now called oyster houses — popped up everywhere. These were the precursor to today’s oyster raw bars.

With the railroad came a way to transport oysters quickly, and this opened up new markets for this delicacy. Two other major developments also spurred the oyster trade — canning and refrigeration.

Unfortunately, in a repeat of history, this rising demand led to overharvesting once again, and New York’s oyster beds went into decline. While the state did try to introduce foreign oyster species — and was moderately successful, this also brought disease, which destroyed most of the beds by the 1900s. The reduced production and increased popularity hiked prices, and the common meal became a rare delicacy once again, where it remains to this day.

While we do not know the origins of this day, we know it is celebrated mostly in the U.S. and the U.K.

Dinosaurs roam the earth, and oysters live in the sea — oyster fossils found much later prove this fact.

Oyster fossils from the Stone age — collected from coastal civilizations — suggest this population had oysters as a regular part of their diet.

Mirroring Jonathan Swift's love for oysters, the protagonist in his famous book, “Gulliver's Travels,” eats raw oysters after being shipwrecked.

The Golden Age of Oysters

A surge in production and cheaper prices means oysters are easily available to the masses — they are very popular in the U.S. and Europe.

New York is the Oyster Capital

This U.S. city produces most of the world's supply of oysters and becomes an important part of its economy too.

New York's oyster beds are destroyed, oysters are becoming more popular, and soon, the prices rise — this dish is now a rare delicacy.

What are the benefits of oysters?

Oysters are a good source of proteins; vitamins B12, A, C, D; zinc; iron; copper; phosphorus; niacin; and riboflavin. These stockpiles result in immense health benefits for people, including good heart, brain, skin, and kidney health.

Are oysters still alive when you eat them?

Oysters do not die until they are shucked or separated from the shell. Eating oysters raw reduces the risk of food-borne illness as it ensures freshness.

Is there a pearl in my oyster?

The chances of you finding a pearl in your oyster naturally are less than likely. The kind we eat is the species Ostreidae, while the ones that produce pearls are of the species Pteriida, which we definitely do not eat.

Do oyster have eyes?

Yes; Oysters do have eyes.

How old do oysters live?

On average oysters can live up to 20 years in captivity.

How To Celebrate National Oyster Day 2021

Why We Love National Oyster Day 2021 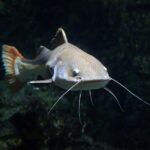 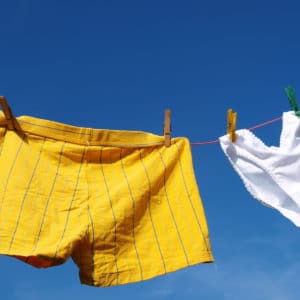