National Name Your Poison Day is celebrated annually on June 8. While “name your poison” is an expression used to describe your drink of choice, it also refers to making the least bad decision. There are many instances in life when we have to choose the lesser of the two or more evils. National Name Your Poison Day celebrates our ability to choose the ‘poison’ or make a decision that will be the least harmful of all the available options.

The word ‘poison’ has been used as slang for alcoholic drinks since the mid-19th century. It may have come from the Latin root ‘toxicum’ (poison) of the word ‘intoxicate.’ It can also refer to the negative effects of excessive alcohol consumption. This is where phrases like “name your poison”, “pick your poison” and “what’s your poison?” came from.

The mid-1800s also saw mountaineers of central Austria form the habit of drinking arsenic preparations once or twice every week as a general tonic or stimulant. They came to be known as “arsenic eaters.” Some of them even developed the reputation of having built up a high tolerance in case their enemies tried to poison them.

The March 24, 1864, edition of the “Daily National Republican” newspaper in Washington, D.C., reported that the phrase, “Please nominate your poison, gentlemen,” was the latest way of asking what drink men would like to have. The story made its way to newspapers across America and, by 1867, many writers were using the colloquial term.

While the phrase “nominate your poison” goes back to the early temperance-movement days, it mostly refers to the action of placing an order for a drink. In 1914, when the mayor of Ohio passed the law requiring all those who drink to apply for drinking licenses, the phrase became a lot more popular.

The alternative meaning of the phrase, i.e. “making the least bad choice,” has more recently become popularized. The most probable reason for this is because it not only limits the phrase to drinkers but can be used in other contexts. Why? Because it sounds cool, right?

The first definition of the cocktail appears: “Cock-tail is a stimulating liquor, composed of spirits of any kind, sugar, water, and bitters — it is vulgarly called bittered sling, and is supposed to be an excellent electioneering potion, in as much as it renders the heart stout and bold, at the same time that it fuddles the head.”

The Prohibition Act (the 18th Amendment), which prohibits the manufacture and sale of alcohol, is ratified.

The song ‘Rum and Coca-Cola’ (reflecting the popularity of rum) by The Andrew Sisters tops the charts of U.S. Pop Singles and remains at the top for 10 weeks.

How do you know if you are poisoned?

Most poisons can be detected in urine or blood. The doctor may run a toxicology report using a saliva- or urine sample.

What is the slowest acting poison?

Thallium is the slowest acting poison. It is odorless, colorless, and tasteless and is called the “poisoner’s poison.” It is painful, slow-acting, and has a wide range of symptoms that are often suggestive of other conditions and illnesses.

How much would you have to drink to get alcohol poisoning?

How To Celebrate National Name Your Poison Day

5 Facts About Poison That Will Blow Your Mind

Why We Love National Name Your Poison Day 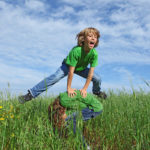