National Miniature Golf Day is celebrated every second Saturday of May. We’re going to celebrate by heading down to the nearest mini-golf course with our family and friends and trying out our putting skills. Did you know that miniature golf was initially invented to allow women to play golf? Although golf has become more inclusive, with people of all genders playing the game, miniature golf still hasn’t diminished in popularity. As the name suggests, miniature golf is a mini version of golf with shorter courses but the same number of holes. In addition, miniature golf courses are usually themed and include various obstacles to make the game more challenging and exciting.

The origins of miniature golf can be traced to 19th century Victorian Scotland when women’s participation in sports or energetic activities was frowned upon. In 1827, the Ladies Putting Club at St. Andrews circumvented this traditional norm by creating the first putting club for women interested in golf.

In the 1900s, mini-golf courses started appearing in the United States, and they became standardized and mass-produced. The firsts of such courses are the 1916 Thistle Dhu, 1927 Tom Thumb golf club by Garnet Carter. The development of artificial green (made from a mixture of cottonseed hulls, sand, oil, and dye) by Thomas McCullough Fairborn in 1922 made building miniature golf courses cheaper. Soon, miniature golf courses began appearing all across the United States, including the rooftops of New York City.

During the Great Depression in the late 1930s, the production of miniature golf courses came to a halt, and many mini-golf businesses began shutting down. As a result, most of the mini-golf courses in the U.S. were either demolished or closed, with only a few surviving the economic collapse.

Post-depression, the mini-golf industry was rejuvenated. First, manufacturers began using cheaper materials, such as tires, barrels, and old drain pipes, and introduced complex and realistic obstacles like waterfalls, windmills, castles, and wishing wells. Then, in the early 1960s, miniature golf became recognized as a sport, and its rules were standardized.

On May 12, 2007, the first National Miniature Golf Day was celebrated, and it became officially recognized in 2008’s edition of Chase’s Calendar of Events.

As an act of rebellion against the social norm, the Ladies’ Putting Club of St. Andrews is founded — the first-known putting club in history.

The Thistle Dhu — This’ll Do — mini-golf course is introduced in Pinehurst, North Carolina.

The Revolution of Mini Golf

The introduction of real obstacles like windmills and castles by Joseph and Robert Taylor makes mini-golf a favorite pastime for people in the U.S.

What is the hardest mini-golf course in the world?

The Hawaiian Rumble in Myrtle Beach, North Carolina, claims to be the toughest mini-golf course globally, and it’s the venue of the annual Masters of Miniature Golf tournament. The Fantasia Fairways mini-golf course at Fantasia Gardens is also considered the hardest, and it has once been voted as the most challenging mini-golf course in the world by Golf Digest.

Is mini-golf a good date?

Mini golf avoids the pressure of a dinner or lunch date, allowing the two individuals to connect with their inner children and have real fun. So, if you’re thinking of going on mini-golfing for your first date, you are on the right track.

What is the mini-golf capital of the world? 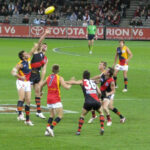