Martin Z. Mollusk day is celebrated every year on the Saturday of the first full week of May. This year, it falls on May 13. This event is observed in Ocean City, New Jersey, at the ninth Street Beach, and is considered a local version of Groundhog Day. People from all over the city gather around to see if mascot Martin Z. Mollusk will be able to see his full shadow on the beach sand.

In 1975, the former public relations director of the Ocean City resort in New Jersey, Mark Soifer created Martin Z. Mollusk Day, a Groundhog Day-like event in which the resort’s mascot Martin Z. Mollusk would go out to the nearby beach and try to spot his shadow a few days before the beginning of summer. The idea was to bring more tourists and attention to the small town. Ever since then, the event has grown massively, and more and more people join the celebrations every single year.

Martin Z. Mollusk Day features the Ocean City High School Band, which escorts the mascot to the beach. Other mascots join him in the adventure, such as Dr. Ernest Frankenstein, Trash Buster, and Shelley the Mermaid. The event has grown to also raise environmental awareness, making sure that the beach remains clean all through the celebrations. It’s become a big tradition in the city and everyone joins in to celebrate!

The main attraction of the event is Martin Z. Mollusk. He is not really a mollusk, though. He’s a hermit crab! The idea is that if Martin sees his full shadow on the ground, then it means that summer will arrive a week earlier than usual for the people of New Jersey. The only time he didn’t get to see it was when he only saw half his shadow in 1985 and summer arrived only three days sooner, instead of a week.

Mark Soifer founds the event on a Thursday.

This is one of the very few times Martin didn’t see his full shadow.

The event is celebrated on a Saturday.

Due to the Covid-19 pandemic, Martin Z. Mollusk has to do a live stream on his page, so people could watch the celebration from home.

What happens in the summer season?

Usually, the weather gets warmer and the sun stays out for longer during the day, which helps plants stay healthy before Fall.

Why is it called summer?

‘Summer’ is a word that comes from the old European word for ‘together.’

What is the first day of summer? 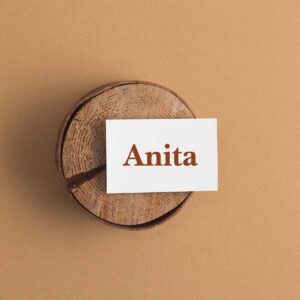