National Handshake Day is celebrated on the last Thursday of June each year, falling on June 29 this year, and we’re glad that this common greeting is getting a place in the spotlight after all the years it has been around. Not only is the handshake the most universally recognized form of greeting, but it has also come to mean different things in different cultures, which is why learning more about it will come in handy (pun intended). Throughout history and across different cultural contexts, the handshake has been practiced as an expression of peace or goodwill and is almost like a common language that binds us together the world over. It’s no wonder, then, that we want to make a big deal out of this innocuous gesture. Sociologically, the handshake has come to be a symbol of things hidden below the surface, as you can tell a lot about a person from the way they shake hands. Perhaps, for this reason, secret handshakes have also become popular, giving people a sense of belonging to a particular group. However you view the handshake, one has to admit that it deserves its own day, just owing to the sheer frequency of its use in our daily lives.

The handshake is possibly one of the oldest forms of greeting in the world, and it needs to be acknowledged for this very fact, as well as all that it can mean across different contexts. “This gesture is key to first impressions and relationships,” says Miryam Roddy (of BRODY Professional Development), a professional development coach who believes in the importance of the handshake as being crucial to creating a great first impression. This is why she founded National Handshake Day in 2005, and it has been celebrated annually since then.

While the exact origin of the handshake is not known, there are traces of pictorial evidence on pottery and pressings, which show that the ancient Assyrians and Greeks used to clasp hands to seal a deal or indicate a peaceful approach. In medieval Europe, knights would clasp each other’s arms in order to shake loose any weapons that might be up the other’s sleeve, and a popular belief is that the handshake originated in Europe, due to the shaking part of the gesture that knights would use. By the 1700s, the Quakers came to use the handshake in preference to more deferential ways of greeting, such as the hat tip or bowing, because shaking hands conveys more of a sense of equality between both parties. Thus, the gesture began to gain popularity. Soon, the very nature of the handshake evolved, as it began to be used by secret groups or sects (like the Freemasons), as a sort of password, indicative of belonging.

In modern times the handshake has come to mean different things around the world. Men tend to favor the gesture more than women, perhaps because historically women did not need to suspect each other of carrying weapons. In the Western world, handshakes are expected to be firm, whereas, in East Asian countries, a light grip and no eye contact is seen as more appropriate. Nowadays the handshake seems to be going out of fashion, with the fist bump fast replacing it in American culture. However, we vote that the handshake be brought back, as it conveys so much more than a fist bump does — respect, equality, trust, and goodwill.

Ancient Greeks use the handshake to confirm the absence of weapons, indicating they come in peace.

Quakers make the handshake popular as a symbol of equality, instead of tipping one’s hat or bowing.

Miryam Roddy declares the first National Handshake Day because of its importance in relationship-building.

What is the handshake formula?

The handshake formula is ‘number of handshakes = n x (n – 1) / 2.’ This is where ‘n’ is the number of people who can shake hands with ‘n-1’ people (not shaking their own hand), and the handshake between two people is not counted twice. The formula can therefore be applied to any number of people.

What is the bro handshake?

What is the Masonic handshake?

The Freemasons came up with a range of different handshakes, each based on the rank of the Mason within the society. Therefore there was a specific handshake for each degree or rank — ‘Apprentice, Fellowcraft, and Master.’ Each rite also had its own handshake, used during the Masonic ceremonies, therefore there were many different kinds of handshakes involved.

How to Celebrate National Handshake Day

Why We Love National Handshake Day 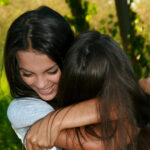 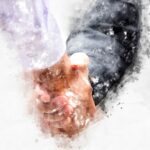