Each year, National Donor Sabbath is observed two weekends before Thanksgiving Day, from November 10 to November 12 this year. The concept behind this day is to unite the different people of different religions, while learning how to save a life by donating vital organs to those in need. America is a land of great diversity — there are people from different races, backgrounds, and nations. There may be huge differences in their lifestyles and ideas, but one thing all these people have in common is belief in humanity or human kindness. National Donor Sabbath is a three-day observance of prayers, worship, and coming together of the leaders of different faiths to participate in services, programs, and initiatives. Time is taken to talk about the importance and public need of saving lives through organ and tissue donation. Organ donations transfers life to others via transplantation so that the recipient has the chance of a full, long life, free of diseased organs such as kidneys, hearts, and even eyes. These organs are donated by the families of loved ones who pass away in accidents and the like, with their organs intact, thus giving people with organ problems a second chance in life.

The National Donor Sabbath spreads awareness on the topic of organ donations. The concept of organ donations comes from a century old goal of healing patients and saving lives by transplanting organs from a donor to a recipient. Starting off as a minor side study pursuit, it soon began to expand as cases of people needing organ transplant started surfacing. In 1906, doctors were able to perform the first ever successful cornea transplant in a patient who was completely blind in one eye. This proved to be a major milestone in the history of organ transplant and paved the way for future transplant to happen. As medical advancements were made, doctors started performing effective transplants of lungs, liver, kidney, bone marrow and other vital organs from deceased donors.

By 1968, the first initiative to register donors and give them a donor card was made under the Uniform Anatomical Gift Act. This led to the first-ever observance of the National Organ and Tissue Donor Awareness Week, which is dedicated to spreading awareness of the need to donate the organs after death to save the lives of others. Soon, another act was passed by the Congress which made the sale and purchase of organs illegal in the U.S. This act was the National Organ Transplant Act. Organ donations are voluntary, free and usually based on decisions made to be a donor ahead of time, and communicated with family members or in the written last will of a person.

Finally, in 1997 as part of the national donation initiative, National Donor Sabbath was announced by the U.S. Department of Health and Human Services, and since 1997 it has been celebrated every year when leaders of different faiths stand together to spread awareness about the campaign.

This is the first major step taken in the success story of organ transplant, which in future would pave the way for more successful and advanced transplant procedures.

Congress declares the first National Organ and Tissue Donor Awareness Week, meant to spread awareness on the need of registering oneself as a donor.

A system of Organ Procurement and Transplantation Network (O.P.T.N.) is launched to make sure that the organs are being allocated fairly and to the people who need them.

The theme of “Give thanks. Give life," is the main focal point.

How old must I be to be an organ donor?

Where can I register as an organ donor?

Donate Life America manages the National Donate Life Registry. Registering ensures that your donor registration travels with you, no matter where you live or move across the country.

What can living donors donate?

Kidneys are the most common organs donated by living donors. Other organs that can be donated by a living donor include a lobe of a lung, partial liver, pancreas, or intestine.

How to Observe National Donor Sabbath

Five Facts About Donor Sabbath Everyone Should Know

Why National Donor Sabbath is Important 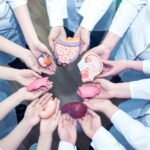 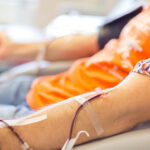