National Cheese Toast Day is celebrated every year on September 15. This flavorful combination born in California is a favorite around the world. It is so simple and very filling. You can even add some toppings to it if you want, but even a simple good old piece of cheese toast works the trick and is the key to many people’s hearts.

When we think of cheese toast, our mouths instantly start salivating and the hunger pangs come out in full force. Cheese toast is a tasty treat that is prepared using a single slice of bread that is toasted with melted cheese on top.

This food delight was created by Del Johnson in 1958 when he opened his first Sizzler restaurant. Obviously, it became an instant success and a fan favorite. The original cheese toast was created using egg bread topped with a parmesan cheese mixture. Later, the chefs started using white egg-based bread followed by French bread with a margarine base. The dish became so popular and now it is even enjoyed outside of the United States in Australia, China, Japan, and Thailand.

Tamra Scoggins, a chef at Sizzler even created a special lunch sandwich called “The Malibu Melt” for Cheese Toast fanatics. This dish combines a double portion of Sizzler’s signature Malibu Chicken between slices of crispy cheese toast. This is topped with pickles and a special Honey Malibu Sauce.

Over the years, there have been variations to the classic recipe, however, the core of it remains the same. It is so versatile that it can be eaten as an appetizer or with soup or salad or as a main course. In 2015, to honor the success of this dish, Sizzler USA founded National Cheese Toast Day. To celebrate this day, Sizzler restaurants typically give out free cheese toast at several locations. You can also head to one of their restaurants to try out the original cheese toast or simply make your own.

The Welsh rarebit or Welsh rabbit, a form of cheese toast, first appears as a dish.

The world’s largest cheese on toast is made in Leicester, United Kingdom.

What is cheese on toast called in the U.K.?

What do you eat with cheese toast?

You can eat just plain cheese toast as breakfast or a snack. Otherwise, you can have cheese toast with soup, salads, or some fruit.

How do you make cheese toast?

You can make cheese toast in three easy steps. All you have to do is put butter on one side of the bread, blend butter, garlic, and cheese until it’s smooth, and spread the mixture over the non-buttery side, and bake it. Sit back and enjoy your delicious cheese on toast! 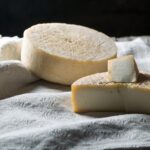