International Anti-Corruption Day is observed on December 9 every year. It serves as a reminder for each of us to actively speak out and fight against corruption in our lives and the lives of others. The United Nations has declared this day to bring attention to the need to adopt an anti-corruption stance.

Corruption has existed from time immemorial. Some of the earliest records of anti-corruption texts can be found in the Code of Hammurabi of Babylonia, the Great Edict of Horemheb in Egypt, and Arthashastra in India. These texts spoke about bribery practices among officers of the state and law. The concept of public interest and welfare began to gain stronghold in Western society in the 19th century and more attention was paid to the rising corruption in professional services like the bureaucracy. Corruption was beginning to be understood not just as an unwanted practice but a practice that was levying a great cost in society.

Today, Transparency International is one of the most well-known organizational faces tackling corruption in countries all over the world. It was founded by Peter Eigen, a World Bank official who had witnessed the negative impact of corruption in East Africa and decided to start a non-profit to shed more light on the issue. The secretariat was set up in Berlin in 1993. It currently hosts the International Anti-Corruption Conference every two years to convene civil society, bureaucrats, nonprofits and political leaders around special, cross-cutting challenges posed by corruption. It held its first virtual conference in 2020, and it is available to watch online.

Transparency International also developed the Corruption Perception Index in 1995 to measure corruption across sectors and practices in various countries and rank them comparatively. The index now collects data from 180 countries. Other organizations like the World Bank also capture corruption data through their Worldwide Governance Indicators.

The Babylonian legal text is one of the earliest, most well-preserved ethical codes governing legitimate state and judicial practices.

The United Nations Convention is signed by 140 countries after the Iraq Oil-for-Food scandal, making it a sanctionable offense.

When the U.N. Convention Against Corruption was adopted by the General Assembly in 2003, it decided to observe a special day against corruption.

What is the corruption score of the U.S.?

According to the 2020 Corruptions Perception Index released by Transparency International, the U.S. has an anti-corruption score of 67 out of 100.

What is the least corrupt country in the world?

According to the same index in 2020, Denmark and New Zealand have the least corruption with a score of 88 out of 100.

How To Observe International Anti-Corruption Day

Why International Anti-Corruption Day Is Important 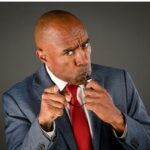 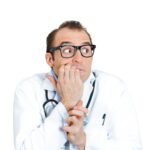