National Whistleblower Day on July 30 is an important commemorative event for the protection and sanctity of America. Corruption and illegal activities can weaken and cripple any society or industry. Oftentimes, when such things go unreported or unnoticed, they will only continue to grow. Whistleblowing, which is the act of reporting or exposing illegal deeds to the authorities, is, therefore, essential in protecting the public’s rights and the nation’s sovereignty. After a revolutionary whistleblowing event in the 1700s, the American Congress passed a resolution to protect the involved whistleblowers. Since then, the day has been recognized and celebrated to encourage whistleblowers to come forward.

On July 30 in 1778, when the American Revolution was taking place, the Continental Congress passed the first protection law for whistleblowers. The landmark legislation came after 10 whistleblowers exposed a superior officer in the Continental Navy. Commodore Esek Hopkins was committing grievous crimes against British prisoners. Upon learning of such acts, Lieutenant Richard Marven along with midshipman, Samuel Shaw, reported Hopkins to the authorities. Marven and Shaw’s brave act is noted to be the first whistleblowing act in the United States. The National Whistleblower Center, established in 1988 by lawyer Stephen M. Kohn, holds annual celebrations each year. Another example of a notable whistleblowing event in the history of America happens to have been during President Richard Nixon’s re-election. Mark Felt, who was a law enforcement officer at the Federal Bureau of Investigation from 1942 to 1973, aided “Washington Post” journalists, Bob Woodard and Carl Bernstein, in investigating and exposing the Watergate scandal.

Apart from governmental organizations, corruption also takes place in industries like trading, health services, and banking, and, in such agencies, it is usually the employees and the customers who become the whistleblowers. For instance, the Public Health Service, in collaboration with the Tuskegee Institute, conducted a study on the corruption of health-service professionals. It was revealed that people were not given penicillin treatment even when it became readily available. In another case, a police detective working in the NYPD raised the alarm when he realized corrupt activities were taking place in his department. It was the dream of the Founding Fathers of America to see a country where whistleblowers are protected and encouraged to expose any corruption and illegal activities.

The Whistleblower Protection Bill is Passed

The Continental Congress approves and passes the Whistleblower Protection Act in order to encourage whistleblowers to come forward.

The National Whistleblower Center is Established

The first National Whistleblower is celebrated at the U.S. Senate Kennedy Caucus Room.

Who is called a whistleblower?

A whistleblower is any person who reports and exposes hidden information related to the illegal or fraudulent activities of another person or organization.

Does a whistleblower get paid?

A whistleblower will usually get paid a percentage of the money that is involved in a case. This percentage may go up to 30% of the total amount.

How to Observe National Whistleblower Day

5 Facts About Whistleblowers That Will Blow Your Mind

Why National Whistleblower Day is Important 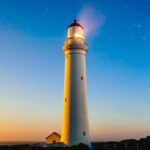 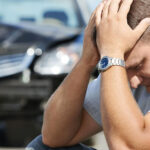