There’s no doubt that children are the future of any country, and National Support Public Education Day on July 30 aims to raise awareness about this fact. Education is a basic and important right of all human beings. A nation can only hope to move forward in all aspects of life if its citizens are sufficiently educated and learned. By learning about the intricacies of science, technology, social issues, and commerce, people will be able to pinpoint which sectors need improvement and which can lead them to the most advantageous position on the world stage. And thanks to the hundreds of education scholarships available out there, more and more people of all backgrounds can have access to high educational attainment. This is why we should strive to support public education by raising our voices for it.

The first National Support Public Education Day was commemorated in 2010. If we are to look at the history of formal schooling, many records state that Egypt may have had precedent in forming a school system. During the reign of Mentuhotep II in 2000 B.C., schools were developed to educate rich and influential people’s children. These pupils were all male, and they only included royal families, ministerial staff, temple administrators, and physicians. Females, be it royal or otherwise, stayed at home to learn about familial and household duties. As time passed, more and more people enrolled their children into schools, and this time, females also had the opportunity to become pupils. One example of the earliest records of females going to school can be traced back to the early Islamic eras. Once Prophet Muhammad, the last prophet of Islam, started preaching, he ensured that females were given their due rights to education. He believed that an educated individual, male or female, can work to progress the Islamic society in sectors of science, technology, and other areas of life.

Coming to the public education sector in America, it wasn’t developed until public schools were established and encouraged. The Founding Fathers of the U.S. were of the strong belief that a truly democratic country can only become strong if all of its citizens have access to education. If people are educated, they can be more aware of the political and social issues plaguing the nation. People will also be able to make better decisions when taking part in civilian duties and elections. Being aware of their rights, morals, and virtues would allow people to lead a good life and become better human beings in the long run. Thus, schooling would teach people to critically analyze the information presented to them, and make better decisions as a result of it. Unfortunately, not everyone has access to education. Moreover, the public education sector needs funding to not only provide better education but also to retain its employees and students.

First Formal Schooling in the World

Egypt creates the first formal schooling system in the world.

Horace Mann, an American legislator, promotes public schooling as a key point in the nation’s progress.

Public Schooling All Over America

In contrast to the previous years, public schools have become more commonplace all over the country, and not just in cities.

What day is the National Support Public Education Day?

The National Support Public Education Day is on July 30.

What is a public education system?

A public education system is an institution of democracy. It is operated through taxpayers’ money, and this is why public schools do not charge their students. A public school will also have regular meetings with public members to democratically make decisions about the school.

5 Facts About Public Schools That Will Blow Your Mind 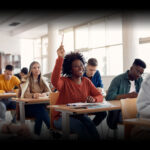 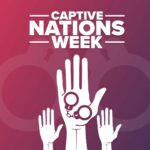