We celebrate Google Commemoration Day on September 7 each year. Google is a search engine created as a research project at Stanford University to locate files on the internet. What differentiates Google from its competitors and keeps it in the pole position among search engines is its page ranking system. This system sorts results according to relevance and helps people find answers to virtually everything. Despite its reputation as a premium search engine, Google offers several services such as Google Maps to make life much easier.

Sometime in January of 1996, Stanford University Ph.D. students Sergey Brin and Larry Page began a research project. This project involved creating a search engine, this project would turn out to be the origin of what we now know as Google.

Originally called BackRub, they chose the name Google (a misspelling of “googol”) because it represents the number 1 followed by 100 zeros. This symbolizes Google’s commitment to providing information and the infinite nature of information on the web.

In 1997, the domain name for Google was registered on September 15. With over $1 million raised by investors, they were incorporated in 1998. On September 7, they set up shop in California; the date becoming Google Commemoration Day. During that period, Google was responding to over 10,000 queries per day.

The company grew and moved its base of operations to Palo Alto, California in 1999. They relocated to their current headquarters in Mountain View California in 2003. At this point, Google was fielding over three million search queries per day. The main office known as the Googleplex is famous for its informal work environment and innovative style.

Google expanded over time from a search engine, providing wide-ranging services including Google Mail, Google Docs, and Google Drive. Alphabet Inc. was created in 2015 as a result of restructuring within the company, with Google becoming the main subsidiary. Despite facing criticism on topics such as privacy issues and search neutrality there is no denying the influence of Google in today’s digital world.

The domain Google.com is registered.

Google files for incorporation and opens for business officially.

Google is Added to the Dictionary

“Google” is included in the Merriam-Webster Collegiate Dictionary.

When did Google become popular?

Yahoo was the top search engine when Google entered the fray. The early 2000s were Google’s defining years. In 2002, Yahoo tried to acquire Google for about $3 billion — they failed.

Who earns the least at Google?

The lowest earners at Google are entry-level employees at $51,000.

How many people get hired by Google yearly?

Google fields about one million applications and resumes every year. Somewhere between 4,000 to 6,000 of those applications are successful.

How to Celebrate Google Commemoration Day

5 Facts About Google That Will Blow Your Mind

Why We Love Google Commemoration Day 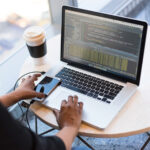 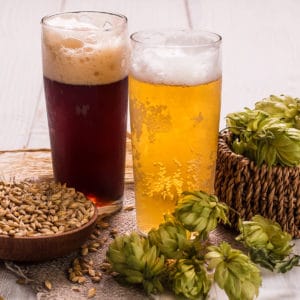