We celebrate the ultimate symbol of ruggedness on World Beard Day on the first Saturday in September. Times are changing, but the beard has been more than just a fashion statement — it has been considered a sign of manliness since prehistoric times. The beard represents virtues such as strength, wisdom, and even social status in some cultures. There is something about a beard that demands admiration and respect thus, deserves a day of celebration.

Before shaving creams and razors were invented cave dwellers wore beards. Even though it is believed that they used clamshells as a substitute for razors, these early humans are usually depicted sporting wild and bushy beards. Sometime around 4000 B.C., shaving caught on, and beards started being trimmed or chopped off.

An early prototype of shaving cream was prepared by the Sumerians in Mesopotamia. From going to war to exerting dominance, the beard has held its prestige throughout history. Today, beards are not customary, except in the Arab world, where they are seen as a necessity. Beard trends over the years include looks such as the lumberjack, the biker, and classic.

We don’t know the origin of World Beard Day, but some historians state that a day to honor beards was celebrated by the Danish Vikings as far back as 800 A.D.
Of course, we doubt there was a fantastic source like National Today to ensure that beards are celebrated every year on a specific date, and multiple celebrations are held in different regions.
Sir Anthony van Dyke, a Flemish artist, painted portraits of aristocrats with pointed beards and mustaches in the 1600s. This style was called the Van Dyke. Wax, or pomade, was used to shape the beard and then groomed with combs or brushes. The men from this era took their beards very seriously, ensuring that their shape remained intact while they slept.

Pride of the Greeks

The Ancient Greeks are proud of their beards, which are seen as a status symbol.

Alexander the Great clean shaves before battle, and encourages his soldiers to do the same to avoid enemies pulling on their beards.

Julius Caesar plucks his beard and advises his men to follow suit.

Beard to be Feared

In an episode of “Dexter’s Laboratory,” Dexter grows a beard to overcome his cowardice.

When is World Beard Day celebrated?

World Beard Day is celebrated internationally on the first Saturday in September.

When is National No Beard Day?

Fret not, clean-shaven people! National No Beard Day is observed on October 18.

Is the beard trend over?

Overall, the beard trend is still ongoing, with a focus on shorter sides and more concentrated on the lower area of the face.

Why We Love World Beard Day 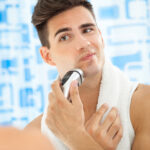 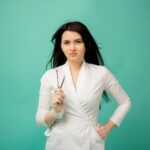