World Architecture Day is celebrated every first Monday of October, on October 2 this year, to appreciate the great architectural works of the ancient and modern worlds and the super brilliant people who design them. Also, stay updated with the real estate transformation through architectural engineering from top real estate journalists. Can you believe that the Great Pyramids, built over 4,000 years ago, is the only Great World Wonder still standing? We can only imagine the brilliance of the Egyptian architects and the engineering involved. Architecture is not only limited to buildings but encompasses every aspect of human life and is essential to our development as a race.

The first architecture era of renown is the Neolithic period, which was between 10000 and 2000 B.C. The structures of this era were usually rectangular, and dwellings were built independently of each other. The Neolithic architecture was made of stone, tree trunks, reeds, clay, and thick timber posts. This type of architecture could be found in south and southwest Asia and most of Europe. Stonehenge is a famous architectural structure from that era.

The next architecture era of note was the period of antiquity when some of the world’s greatest and most revered architectures were made. The first notable architecture of this era is the Ziggurat of Ur, a Mesopotamian structure dedicated to the god Marduk. That was followed by ancient Egyptian architecture, from the Pyramid of Djoser built in the Third Dynasty to the Giza pyramids in the Fourth Dynasty.

The classical period saw the rise of ancient Greece and then Roman architecture, which dominated architectural styles for centuries. Ancient Greece architecture was designed for the people to enable a striving society. Grecian architecture includes the Parthenon and the Erechtheion. Roman architecture was the most advanced for its time, and its influence was felt as far as North Africa. Ancient Romans were also known for innovations such as domes, baths, aqueducts, and rounded stone arches. The Pantheon and the Colosseum are the most important pieces of architecture from the Roman period that we have today
The Romanesque, Gothic, Renaissance, and Neo-Gothic architecture that followed saw prominent structures such as the Durham Cathedral, Lund Cathedral, the Leaning Tower of Pisa, Notre-Dame de Paris, the Reims Cathedral, and the Florence Cathedral.
The Modern architecture era began in the early 20th century, ushered in by Art Nouveau’s architectural style. It saw architectural styles such as Art Deco (Empire State Building and Chrysler Building), Expressionism (Einstein Tower and the Lotus Temple), and Internationalism (the Seagram Building and the Equitable Building).

Postmodernism is an architectural style that is quickly gaining acceptance in the 21st century, of which the Team Disney Building and the Dancing House are examples. 3D printing and sustainable architecture are styles predicted to dominate the architecture scenes for years.

In 1985, the International Union of Architects created World Architect Day to “remind the world of its responsibility for the future of the human habitat.” The day perfectly coincides with World Habitat Day.

Imhotep is the exceptional architect that constructs the Pyramid of Djoser and one of the first known architects.

The Mesopotamian Ziggurat of Ur is the first known significant piece of architecture.

The Roman empire, which ended thousands of years ago, still influences architecture and society in the 21 century.

The Ushering in of Modern Architecture

Art Nouveau, which originated before the First World War, was the first architectural style without historical touch.

Who is the world’s greatest architect?

Frank Lloyd Wright is considered the world’s greatest architect. He designed over 1,000 structures and completed more than 500 0f them. He was known for his innovative detailing and concepts on organic and natural forms.

Who is the richest in architecture?

Norman Foster of Foster and Partners is the highest-paid architect with a yearly earning of 2 million euros.

What are the top skills you need to be an architect?

How to Observe World Architecture Day

Why World Architecture Day is Important 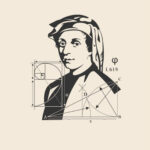 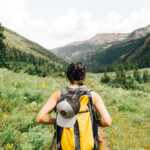