Also known as Leonardo of Pisa and Leonardo Fibonacci, Leonardo Bonacci invented a pattern of counting that continues to influence math and technology today. The pattern is made up of numbers that sum the previous two numbers before them — 1, 1, 2, 3, 5, 8, 13 — and so on. The sequence is used in computing, stock trading, and architecture and design.

Once we discovered the sequence, it started showing up everywhere. Nature is full of Fibonacci patterns, from DNA to hurricanes, leading some to dub the Fibonacci sequence “nature’s secret code.”

One of the most important mathematicians of the Middle Ages, Leonardo Bonacci — later known as Fibonacci, “the son of” Bonacci — invented a sequence of numbers that shows up constantly in nature, physics, and design.

Born to an Italian merchant, the young Leonardo traveled to North Africa with his father, where he was exposed to the Hindu-Arabic numeral system. The system, which includes zero and limits itself to 10 symbols, is much more agile and flexible compared to the unwieldy Roman numeral system. In 1202, Fibonacci published “Liber Abaci”, introducing Europe to the Hindu-Arabic system and his now-famous sequence.

Starting with 1, 1, 2, 3, 5, the Fibonacci sequence is created by adding up the two previous numbers to get the next one. Fibonacci’s original example for his sequence pondered the population growth of rabbits. If starting with one pair, and each month that pair bears a new pair, the number of rabbits will grow at a rate consistent with his pattern of numbers.

The Golden Ratio, a proportion associated with the Fibonacci sequence and also frequently found in nature, is roughly 1 to 1.6. This ratio shows up in the branching patterns of trees, the distribution of seeds in berries, the spiral arms of galaxies, and many more natural and human-engineered things.

Fibonacci Day celebrates this important mathematician and gives us an opportunity to marvel at the way math pervades everything around us. The Fibonacci sequence can be used to calculate the proportions of countless things on Earth and beyond, such as animals, plants, weather patterns, and even galaxies. Pause to observe your surroundings and you’ll start to notice the familiar spiral all around you.

It's believed Leonardo Bonacci died sometime between 1240 and 1250 CE in Pisa, Italy.

Fibonacci's Liber Abaci(The Book of Calculation) introduces the Western world to the Hindu-Arabic numbering system we continue to use today, leading to the switch from Roman numerals and making complex calculations possible.

Leonardo Bonacci is born to an Italian merchant and customs official working in Algeria. It is in North Africa that Bonacci learns Hindu-Arabic numerals.

Why is the Fibonacci sequence so important?

Fibonacci is remembered for two important contributions to Western mathematics, by helping spread the use of Hindu systems of writing numbers in Europe.

Why is the Fibonacci sequence used in nature?

Thanks to one medieval man’s obsession with rabbits, we have a sequence of numbers that reflect various patterns found in nature. Each number is the sum of the previous two.

Who is the greatest Fibonacci man?

Also known as Leonardo Bonacci, Leonardo of Pisa, or Leonardo Bigollo Pisano (‘Leonardo the Traveller from Pisa’), he was considered to be the most talented Western mathematician of the Middle Ages.

How to Celebrate Fibonacci Day

Why We Love Fibonacci Day 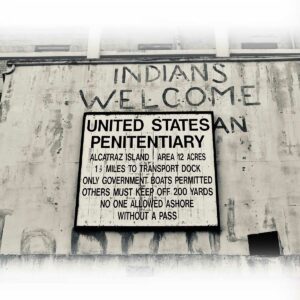